Catch all the live action of Day 5 of the first Test Match between India and South Africa.

India will fancy themselves winning the first Test against South Africa, who were 138 for two on the penultimate day on Saturday while chasing a record 458 run target at the Wanderers. You can watch the official live streaming of the first Test match at CricketCountry free here.

South Africa began the steep chase well courtesy a 108-run stand between Graeme Smith (44) and Alviro Petersen (75*) before the fall of their captain and Hashim Amla (4) put them on the backfoot. They reached 138 for two at close of play with Petersen and Faf du Plessis in the middle.

It should be a fascinating day five with all three results possible and India looking on course for their third Test win on South African soil. 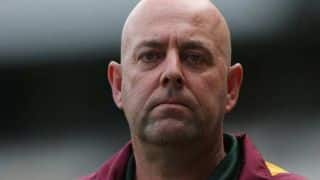