Steady rainfall limited play on the second day of the third and final Test between the West Indies and New Zealand to just 33.2 overs with the home side reaching 169 for two in reply to the tourists’ first innings total of 293 at Kensington Oval on Friday.

West Indies added 137 runs for the loss of openers Chris Gayle and Kraigg Brathwaite in the playing time available under overcast skies. When the weather closed in after 15 minutes’ play in the post-lunch session, Kirk Edwards (42 not out) and Darren Bravo (8 not out) were seeking to build on the promising position, reported AFP.

More showers are forecast on the scheduled third day on Saturday, presenting a challenge to both sides to play the sort of positive, adventurous cricket in the time available over the remaining three days to force a result with the series now locked at 1-1. 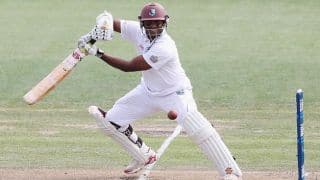 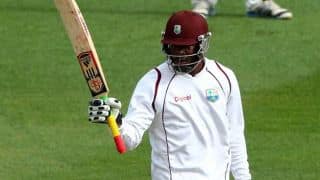