Watch Hardik Pandya backs himself to finish games for India

Watch Hardik Pandya backs himself to finish games for India

Promising "fearless" cricket in the series-deciding fifth ODI against the West Indies on Thursday, Hardik Pandya says he backs himself to be a finisher for India.

Kingston: Promising “fearless” cricket in the series-deciding fifth ODI against the West Indies on Thursday, Hardik Pandya says he backs himself to be a finisher for India after failing to do the job in the previous game. India needed 29 off 31 balls when Pandya (20 off 21) got out in the fourth ODI which the visitors eventually lost by 11 runs. Former captain Mahendra Singh Dhoni was at the other end but his 114-ball 54 too did not prove to be good enough. While Dhoni’s finishing powers are on the wane, Pandya has shown promise on his way to becoming a world-class finisher. FULL CRICKET SCORECARD: India vs West Indies 2017 – 5th ODI at Jamaica

Talking about his partnership with Dhoni, Pandya said they were confident about chasing down the modest 190-run target. “The conversation with MS was pretty simple to be honest. The power which we both have we thought to take the innings deep and then chase it down. Most times we would chase 31 off 29 balls but then we were not able to finish. I back myself to finish the game for the team and all these instances are part of the learnings,” said Pandya at Sabina Park. “We will be fearless in the final game. Last game was one of those games where it did not click. But we will go ahead and express ourselves, that is when we play our best cricket,” he said further.

Pandya looked good before a terrible mix up with Ravindra Jadeja ended his knock. The all-rounder said he was angry but it did not take him long to get over the dismissal. “It took a lot of time. Only three minutes to be honest,” he quipped. “It was just an outburst. I get hyper quickly and after few minutes I was laughing in the dressing room. Looking at me, some of the players were laughing too.” Hardik Pandya: I got nervous when I met Sachin Tendulkar

Pandya added that he was aware of the conditions in the West Indies even before he landed in the Caribbean, thanks to his Mumbai Indians teammates in the IPL. “I am pretty close to the names you took [Kieron Pollard and Lendl Simmons, who are not part of the ODI team]. The first call was to Pollard. I asked him about the pitches and conditions. They are my brothers from another mother. It would have been nice to play against them and enjoy some healthy banter,” he added

The stylish player has gone on to become a key member in the ODI side ever since delivering in the home series against England in January. “I am pretty happy with the way things are going for me. Both with bat and ball,” said Pandya, who believes that he can be equally handy with both bat and ball. “You should be brave enough to do the job that is required of you. I back myself to play in any situation. I see myself as a proper all-rounder and not bowling or batting all- rounder.” Dream to play for India alongside brother Krunal: Hardik Pandya

He is known for his big sixes but he has played some patient innings according to the situation of the game. Captain Virat Kohli has also helped him deal with the pressures of international cricket. “He has helped a lot. I rememberer when I finished the game against England, it was a 43-ball 40. That day Virat told me that ‘international is like copy paste and you have to keep repeating your performances’. All these things I have kept in mind. He is a big influence on all the players,” said Pandya, who has played 16 ODIs so far.

The 23-year old has scored two half centuries and taken 18 wickets. One of his two half centuries came in the Champions Trophy final against Pakistan. His 76 off 43 balls was the lone bright spot in India’s forgettable chase as Pakistan won the game by 180 runs. 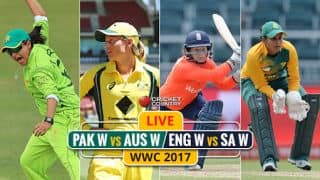 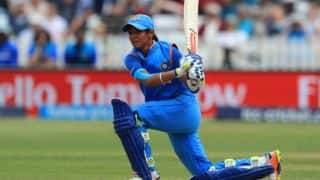