Hardik Pandya has been in top form since the start of the Indian Premier League 2022. He has continued his form in the ongoing T20I series against South Africa.

Rajkot: Hardik Pandya has been in top form since the start of the Indian Premier League (IPL) 2022. He has continued his form in the ongoing T20I series against South Africa. The all-rounder wants to be a success for India and win many trophies with the team.

He played a breathtaking 31-ball 46 to help India post 169 against South Africa in the fourth T20I. Avesh Khan then took 4/18 as India thrashed South Africa by 82 runs at the Saurashtra Cricket Association Stadium in Rajkot on Friday. After the match, Hardik Pandya revealed a piece of good advice that he got from former Indian captain MS Dhoni.

Hardik Pandya was talking to experienced campaigner Dinesh Karthik who asked him about his approach while playing for Gujarat Titans as compared to India. The Indian all-rounder said Dhoni told him not to think of his personal score, but think of the team’s score instead.

“Mahi bhai taught me one lesson, I asked how you handle the pressure and he told me ‘Stop thinking about your score and start focusing on what your team requires’; that helped me a lot to become a better cricketer,” Hardik Pandya said to Dinesh Karthik for BCCI TV.

Learning from the great @msdhoni ?

Apart from Hardik Pandya, Dinesh Karthik has been in sublime form too. He produced his career-best efforts of 27-ball 55, hitting nine fours and two sixes at a strike-rate of 203.7 apart from sharing a 65-run stand off 33 balls with Hardik Pandya (46 off 31 balls) in the last match.

With India’s bowlers hitting hard lengths consistently, seamers finding variable bounce and spinners keeping things tight while getting a hint of turn, it was difficult for South Africa to chase 170. In the end, the visitors even failed to cross the mark of 100 runs.

Hardik Pandya and Dinesh Karthik have helped India immensely to level the series after losing the first two games. They will look to continue this form for the upcoming T20 World Cup as well. 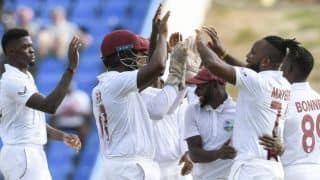 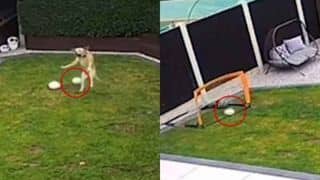