Mohammad Kaif last played an ODI in 2006 against South Africa.

Sachin Tendulkar has dominated with the bat for over two decades. However, he has also outfoxed opponent with his leg-breaks, off-spin and sometimes googlies. This time around Tendulkar found an opponent who faced his deliveries with much ease. At ‘Smaaash’, Mohammad Kaif s son Kabir was seen facing Tendulkar, who was depicted as the bowler on the video screen. After stumbling upon the video, Tendulkar was delighted by Kabir s talent and took to his Twitter account. He posted the video heaping praise of the upcoming talent.

I always found it difficult to pick you in the nets @sachin_rt Paaji,whether it would be leg-spin,off-spin,cutter, wrong-un. My son Kabir seems to have handled your bowling much better 🙂 And as you say ,India will transform when we keep playing a sport atleast.With you,always! https://t.co/0LTN1Gupi6

In response, Kaif was pleased to hear praises from the man himself. Kaif and Tendulkar have played together in the 2000s and have been a part of many happy dressing rooms. One of Kaif s stand out performance was his 87 not out against England in the 2002 NatWest Trophy. Kaif has also lifted the 2000 U-19 World Cup that included Yuvraj Singh, Ajay Ratra and Reetinder Singh Sodhi. He also led Chhattisgarh in the ongoing Ranji Trophy.

Although Kaif has not formally announced his retirement, he last played an ODI in 2006 against South Africa. Now, his batting shades can be seen in his son. 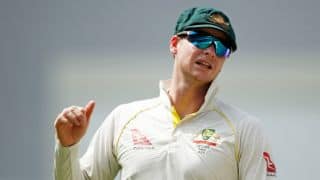 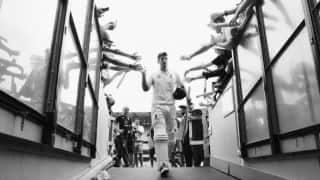