Ishant Sharma asserts that the current bunch of players are geared up to create history this time around.

Ishant Sharma was seen sweating it out at the Sydney Cricket Ground nets with his India team-mates a day before the team’s four-day tour match with a CA XI.

“We are not even thinking about personal performances, just one aim to win the series in Australia,” said Ishant while addressing the media after the practice session. “Right now we are thinking about, how we can make a most of the practice games. We are not thinking about too much ahead, of what the combination is going to be in the tests and what conditions will be.”

Ishant is part of a strong India pace attack, which comprises Jasprit Bumrah, Bhuvneshwar Kumar, Umesh Yadav and Mohammed Shami. As has been the case in the last two series, India s pace attack has impressed massively, picking up 20 wickets in almost every game, and it tilts the balance in India s favour.

Having played for 11 years and picked up 19 wickets from 10 Tests in Australia, Ishant s experience of playing in these conditions earlier would be useful for India, although he dismisses the idea of it putting pressure on him. 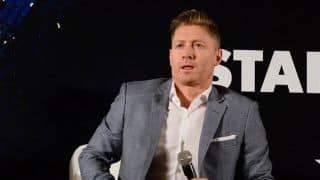