Bumrah ended with dream figures to become the first Indian pacer to take five or more wickets in an ODI in England. The ball was swinging, making Bumrah and Mohammed Shami (3/31) all the more lethal.

London: Jasprit Bumrah ran riot against England cricket team in the first ODI of the three-match series as he produced a devastating display of fast bowling to get a career-best six-wicket haul. Bumrah ended with envious figures of six for 19 in 7.2 overs as India skittled out England for 110. Skipper Rohit Sharma (76 not out off 58) and Shikhar Dhawan (31 not out off 54), then, steered India home with an unbeaten 114-run stand-off in 18.4 overs. After the Indian bowler crushed the home side inside the stadium, his wife and presenter Sanjana Ganesha trolled the England team and fans outside the stadium.

Considering the overcast conditions and grass on the pitch, India decided to put the opposition in and the pacers exploited the conditions perfectly. Bumrah ended with dream figures to become the first Indian pacer to take five or more wickets in an ODI in England. A lot of home fans were disappointed with England’s performance and went to the food court where ‘Duck Wrap’ was on the menu. Sanjana Ganesha wasted no time to throw some banters around while presenting for the Sony Sports channel.

Sony Sports Network Tweeted Sanjana’s video, “While our bowlers bagged some s on the field, @SanjanaGanesan ‘wrap’ped up some s off the field at #TheOval.”

In the video, Sanjana said, “The food area is a busy place and is filled with English fans because they don’t want to watch cricket. There are plenty of stores here but we have come to a story that not a lot of English batters would like to come to as it is called the ‘Crispy Duck’. We have got a ‘Duck Wrap’ as we want to see how the duck is off the field because on the field the ducks on the field have been absolutely fantastic.”

India will play the second match of the series against England at the famous Lords Cricket Ground in London. 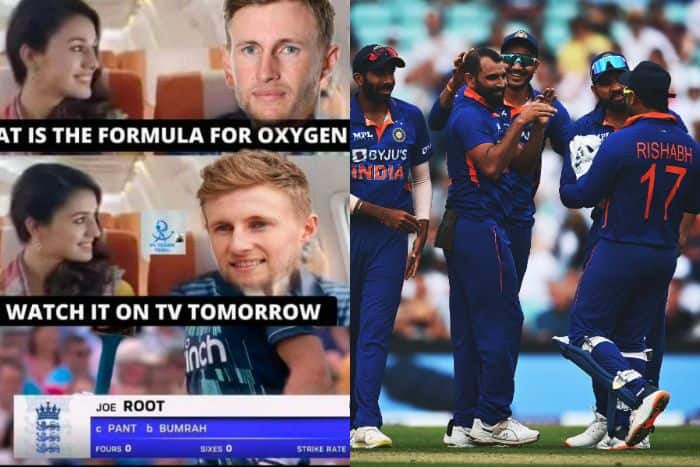