If this match was given the status of T20, then this quick-fire century by Misbah would have become the joint second fastest hundred in T20.

It’s a fact that Pakistan’s current Test captain Misbah-ul-Haq no longer plays Twenty20 (T20) or One-Day International (ODI) cricket but his ability to play big shots and make big scores in quick time was never in question. It was the inaugural World T20 in 2007 which witnessed Misbah’s attacking batting style.

It is also true that after World T20 2007, he slowed down the pace from his batting but he still is one of the most attacking batsmen Pakistan have ever produced. Surprisingly, Misbah was recently seen playing a T20 match, which was for a charity at Oslo, Norway alongside Abdul Razzaq.

It was a match between Razzaq XI and World XI in which Misbah was representing his Pakistan teammate’s side. What was more astonishing in the match was Misbah smashing the leather ball all over the field from the very start of the match. Misbah kept hitting and ended up scoring an amazing century in just 34-balls. ALSO READ: Keen to leave a legacy, Misbah-ul-Haq wants to play till he turns 50

If this match was given the status of T20, then this quick-fire century by Misbah would have become the joint second fastest hundred in T20 after Chris Gayle’s 30-ball hundred in 2013 and Andrew Symonds’ 34-ball hundred in 2004. But since it was a charity match, it will not enter the record books. MIsbah, who is probably the oldest cricketer to have scored a hundred in a T20 match, hit 12 sixes and four boundaries in his knock. 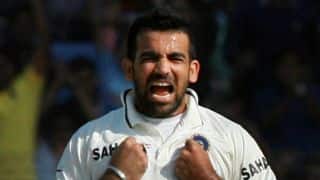