Siraj replaced Bumrah in the team who was ruled out of the game due to a niggle.

Manchester: India and England are crossing swords in the final of the ODI series in Manchester. India won the toss and opted to bowl. During the toss, Indian fans suffered a massive blow as Jasprit Bumrah was ruled out of the match due to a niggle. Bumrah has been top class in the series and has troubled every England batter. Mohammed Siraj was brought into the team in place of Bumrah.

Siraj proved his selection right as he knocked off Jonny Bairstow and Joe Root in his first over of the match, which was also a double-wicket maiden. Bairstow wanted to play on the leg side but the ball swung away as he got the leading edge and was caught at mid-off. Root, meanwhile, got out to a beautiful outswinger at slips.

England’s top order has been blown away by the Indian pacers in this limited overs series and today was no different. The series is tied at 1-1 and the winner of the match will get their hands on the title as well. India won the first match by 10 wickets. They bowled out England for a mere 108 before Rohit Sharma and Shikhar Dhawan helped India chase the target with all wickets in hand. In the next game, Indian bowlers were once again on song and bowled out England for 246. However, England bowlers bounced back and bowled out India for 146, with England winning by 100 runs.

Coming back to the final, all eyes will once again be on Virat Kohli. The former Indian skipper has been under fire for consistent low scores. He has failed to breach the 50-run mark on this tour and fans will be hoping that he ends the tour on a positive note. Kohli has been rested from India’s next series against West Indies. 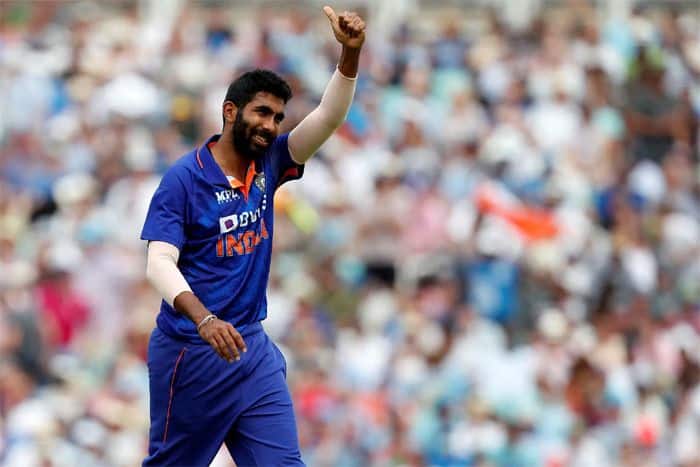 IND vs ENG: Big Blow For India In Series Decider, Jasprit Bumrah Not In Playing XI