Despite not being even a part time bowler, Dravid was a kind of player who could do anything that his captain asked him to.

Former Indian captain Rahul Dravid is well known for his focused batting but he barely got the chance to bowl in his international career. He did keep wickets in One-Day Internationals (ODI) for a while but bowling was something which he probably never preferred.

Despite not being even a part time bowler, Dravid was a kind of player who could do anything that his captain asked him to. One such example was seen during the first ODI between India and South Africa at Kochi on March 9, 2000. Opener Gary Kirsten and Herschelle Gibbs were batting like a dream as both had scored centuries but spinner Sunil Joshi got the first breakthrough for India in the form of Gibbs’ wicket in the 40th over. ALSO READ: Ever wondered what Rahul Dravid and VVS Laxman discussed while fielding at slips?

Further, Dravid followed with his bowling in the 43rd over and scalped two consecutive wickets, which included Kirsten first and then Lance Klusener, a caught and bowled dismissal. It was one of the most shocking things, to take the wicket of a player on his first ball, for Dravid and that too of both left-handed batsmen.

Later, South Africa managed to post a huge total of 301 on board, which Indian side chased down with the help of Ajay Jadeja’s brilliant 92-run knock. 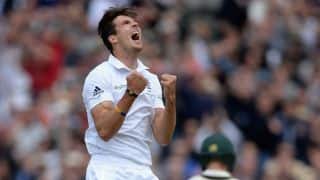