Rohit was invited by the Seattle Mariners to do the honours in their home game against Tampa Bay Rays.

Rohit Sharma who is currently on a three-city US tour became the first Indian cricketer to throw the ceremonial ‘first pitch’ in Major League Baseball. He was invited by the Seattle Mariners to do the honours in their home game against Tampa Bay Rays which was scheduled at the Safeco Field baseball park in Seattle.

However, Rohit’s throw did not go as he would have liked but it seemed that he enjoyed his time in the middle with his wife Ritika Sajdeh.

Great fun throwing the first pitch for @Mariners with my lady by my side @SafecoField pic.twitter.com/jlLnQfhTWY

The throw down part is a of the pre-game activity in baseball in the USA. It is a ritual where a guest of honour is invited to throw out a first pitch to mark the start of the game. Rohit will also be participating in some cricket discussions as a part of the tour. 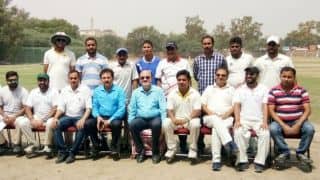 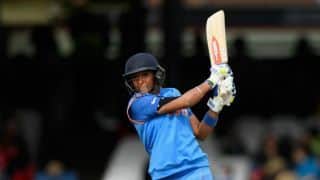