While India are one of the dominant teams when cricket is concerned, in football, they have not tasted as much success. However, they are the proud hosts of the FIFA Under-17 World Cup 2017 and support and excitement for the event has spread across the country as soon as the announcement. Recently, the official anthem has been released and among the sports personalities who have appeared in it are Bhaichung Bhutia, Ngangom Bala Devi and Sachin Tendulkar. The song named ‘Karke Dikhla De Goal’ is an instant hit among the mass.

Apart from sports personalities, eminent personalities from the entertainment industry such as AbhishekBachchan and Neeti Mohan have appeared in the video. Amitabh Bhattacharya wrote the lyrics while PritamChakraborty was the music director for the song. Singers such as Shaan, Babul Supriyo, SunidhiChauhan, Papon and Mika Singh lent their voice to the song. The video is full of the colours and traditional dances of various parts of India. Here is the video:

“We are ecstatic to be the first broadcasters in history to collaborate with FIFA to co-create an Official Song for a FIFA tournament. From the very beginning of this association, we have worked closely with the LOC/FIFA to ensure that FIFA U-17 World Cup India 2017 is a monumental success,” Rajesh Kaul, President, Distribution and Sports, Sony Pictures Networks India told The Indian Express.

“We are doing everything in our capacity to make this the biggest sporting event in India and I am sure the Official Song will help increase and broaden the appeal of the first ever FIFA tournament in India,” All India Football Federation (AIFF) President Praful Patel said about the arrangements made for the mega event. 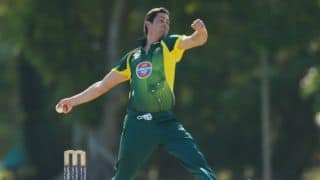