Tendulkar kept his promise as he walked out to bat at the end of the Ponting XI's innings and hit a boundary off the first ball. 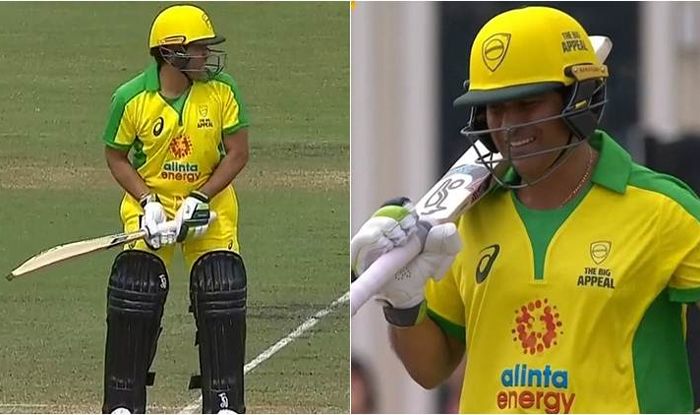 India cricket icon Sachin Tendulkar picked up a cricket bat for the first time in more than four years and provided a gala time when he faced allrounder Ellyse Perry, member of the Australian women’s cricket team during the innings break of the Bushfire charity match between Ponting XI and Gilchrist XI at the Junction Oval in Melbourne on Sunday.

Tendulkar, also serving as coach of the Ponting XI opted to bat after Perry’s request on Saturday. The former India batsman, who said that although he had a bit of a shoulder injury, he will go against the advise of his doctor and face Perry for an over (including two balls from Annabel Sutherland), kept his promise as he walked out to bat at the end of the Ponting XI’s innings and hit a boundary off the first ball.

Here’s a lowdown of the six balls he faced

Ball 1: Slightly short from Perry, drifting onto the batsman’s body and Tendulkar glanced the ball towards short-fine leg, where a fire-fighter fumbled, allowing the former India batsman to collect a boundary.

Ball 2: A similar delivery but slightly fuller, and Tendulkar used his wrists again to work the ball again at deep square leg, picking up a couple of runs.

Ball 3: Once again, Perry drifts it short and on Tendulkar’s legs and the batsman rolled his wrists to hit the ball at short fine leg. The firefighter fielded the ball, receiving a wonderful ovation from the crowd.

Ball 4: Perry bowls back of a length and Tendulkar rocks back onto the backfoot and cut it to the fielder at point for no run.

Ball 5: Perry handed the ball to Sutherland to bowl the last two. Sutherland pitched it full and Tendulkar drove the ball straight to the fielder at covers.

Ball 6: Another half-volley from Sutherland and Tendulkar brings out the trademark straight drive with the ball going to mid-on.

Before this, Tendulkar last played a cricket match in November 2015 during the All-Stars match in the USA, representing Sachin’s Blasters against Warne’s Warriors in a three-match series. A year ago in July, Tendulkar represented the Marylebone Cricket Club for a 50-over game against Rest of the World.

“Yesterday I figured out I could see the ball. At least I’m seeing the ball, I’m not too sure about hitting it or not,” Tendulkar said after the over. 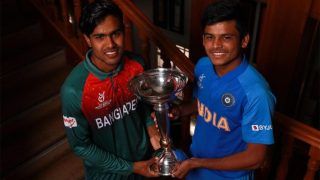