Jhulan Goswami and Indian spinners assisted India win by 178 runs. Not only did Jhulan hand India their first breakthrough, she also scalped her 200th ODI wicket in the process, the only woman cricketer to achieve this feat. Laura Wolvaardt became her victim. Meanwhile, Poonam Yadav ended with four wickets, the joint second-best figures by an Indian against South Africa in their den. Jhulan had similar figures in the first ODI. 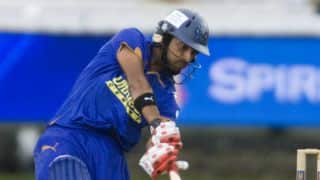