Somerset's Rilee Rossouw played an exhilarating inning in the quarter-final match of the T20 Blast 2022 on Saturday against Derbyshire as he scored 36 runs in one over of Matthew McKiernan.

Taunton: Somerset’s Rilee Rossouw played an exhilarating inning in the quarter-final match of the T20 Blast 2022 on Saturday against Derbyshire as he scored 36 runs in one over of Matthew McKiernan. The left-handed batsman was at his very best in the match and gave no chance to leg-spinner Matthew McKiernan of a comeback in the over at the Cooper Associates County Ground in Taunton. Rilee Rossouw started the over with a big six and finished it with a six too. He hit a total of five sixes in the over to produce one of the most memorable batting displays in the tournament.

Rilee Rossouw scored a total of 93 runs off 36 balls in the match with eight fours and seven sixes. He started the over of Matthew McKiernan with two big sixes and smashed a four on the leg side in the third ball of the over. The spin bowler, then, gave away two runs off a no-ball.

However, it didn’t distract Rilee Rossouw from his target as he dispatched the next three balls over the boundary for three big sixes. Somerset shared the video of that incredible over on the Twitter.

Rilee Rossouw’s sublime innings took Somerset’s total to 265 for five in 20 overs. On the other hand, Matthew McKiernan gave away 82 runs off four overs at an economy rate of 20.50. Before Matthew McKiernan’s big over, Somerset’s score was 155 for two which quickly jumped 191 as the left-hander handed some big blows to the bowler.

Somerset bowled Derbyshire out for 74 in 11.2 overs after creating a big total to win the match. 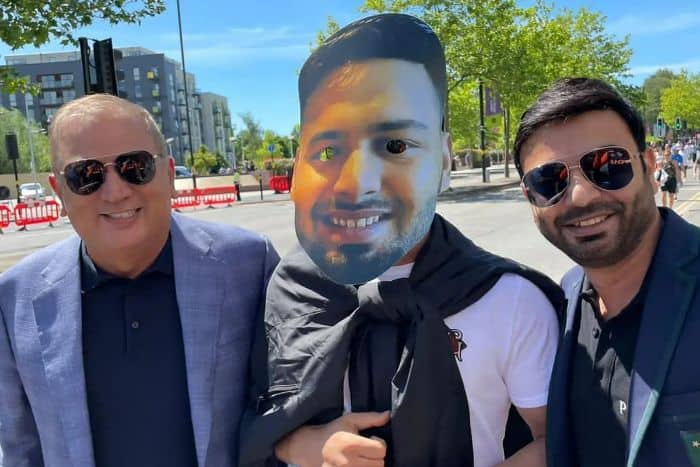