Jos Buttler was in staggering form in IPL 2022 and scored 863 runs from 17 matches with a strike rate of 149.05, including four centuries.

New Delhi: Kannad superstar Kichcha Sudeep recently received a special gift from IPL 2022 runners-up Rajasthan Royals (RR). The franchise sent him a bat signed by season’s Orange Cap winner Jos Buttler. Sudeep was delighted to receive the special bat, which he termed as a ‘sweet surprise’. The actor took to Twitter and thanked the franchise and Jos Buttler for the wonderful gift. “A big hug to this sweet surprise and the sweetest gesture. Thank you @josbuttler,” he tweeted along with the video.

A big hug to this sweet surprise and a sweetest gesture.

Jos Buttler was in staggering form in the IPL 2022. Buttler scored 863 runs from 17 matches with a strike rate of 149.05, including four centuries. He almost broke the record of highest aggregate runs in a single season of IPL, currently held by Virat Kohli, who scored 973 runs in 2016.

Buttler’s heroics, backed by an outstanding display by Yuzvendra Chahal, who won the Purple cap paved the way for RR to reach the final of the IPL 2022. However, the Men in Pink could not win the title as they suffered a crushing defeat to Gujarat Titans(GT) in the final. This was RR’s second appearance in the IPL final, with the first one coming in 2008, under the leadership of Shane Warne, who led the franchise to the title win in the inaugural season of the IPL.

Meanwhile, despite the loss, RR will be delighted with their show. The performance of players like Prasidh Krishna, Kuldeep Sen, R Ashwin, Riyan Parag and Shimron Hetmyer will give them a lot of confidence for the upcoming season in 2023. 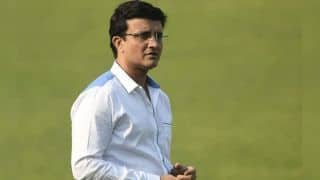