WATCH: The Moment Rishabh Pant Hit The Winning Boundary to Seal Series at The Gabba

WATCH: The Moment Rishabh Pant Hit The Winning Boundary to Seal Series at The Gabba

Rishabh Pant finishes the series with 274 runs from five innings at an average of 69.89 with a high score of 97. 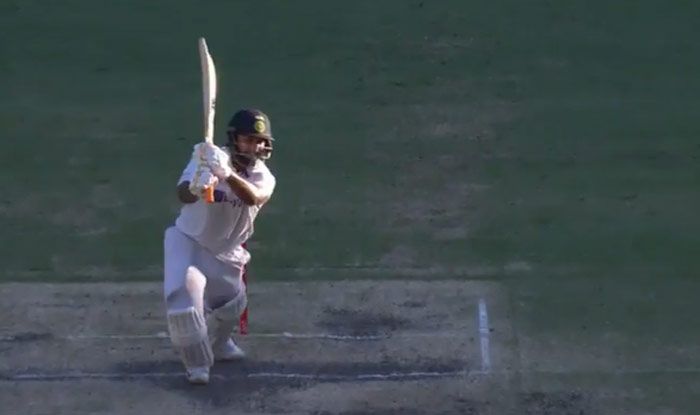 Rishabh Pant has witnessed a dramatic change to his cricket career with the high of Sydney and Brisbane. Few months ago, he was struggling to get runs in the IPL when his franchise Delhi Capitals made the final for the first time in its history.

Today, he’s one of India’s heroes as they defeated Australia for a comeback 2-1 series win and retain the Border-Gavaskar Trophy. It was his counterattack on the final day of the third Test that helped the tourists draw a contest that was for Australia to win.

And then in Brisbane he took his team over the line hitting an unbeaten 89 as India chased down 328 to win the fourth and final Test on the fifth day at The Gabba. This is the first time in 32 years that a visiting team has managed to best Australia in a Test match at the venue.

Watch the winning moment below:

Pant finishes the series with 274 runs from five innings at an average of 69.89 with a high score of 97.

“This is one of my biggest days in life,” an emotional Pant said as he received his player-of-the-match award. “The support the team has given me even when I was not playing has been incredible. It’s a dream come true. We’ve been practicing hard after the first Test. The team management always backs me and tells me you are match-winner and you have to go out there and win and I am happy I did it today. It was a fifth day pitch and the ball was turning.”

Batting first Australia were bowled out for 369 with Marnus Labuschagne hitting a century. In reply, India made 336 with the hosts taking a lead of 33 runs.

Shubman Gill recorded his Test best of 91 to set the platform before Cheteshwar Pujara scored a half-century to keep Australian bowlers at bay. Pant then took the reins and guided India to a famous victory. 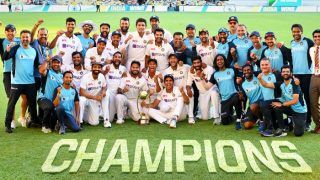 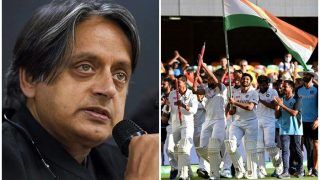