Recently, during a television interview with Aamir Khan, Kohli heaped praises on Anushka and revealed how he has changed as a person after meeting her.

Both Virat Kohli and Anushka Sharma have burned the page 3 sections with gossip mills when it comes to their relationship status. In real life how much ever they try to hide the fact but later given hints on their closeness. However, in reel life things are little different. In a recent TV ad for a brand that Kohli s endorses, both are seen seated at a marriage discusses life after tying the knot.

The couple is seen reciting what wedding vows would the married couple would be reciting. From Kohli s cooking to Anuskha s social media promise, the ads hit the mark in every which way.

Recently, during a television interview with Aamir Khan, Kohli heaped praises on Anushka and revealed how he has changed as a person after meeting her. He also said that it is her honesty that the cricketer loves the most. In the past, when their relationship status was unclear, Kohli has often jumped to Anushka s defense battling social media trolls who continuously poke fun at her if Kohli fails on the ground.

It seems like another happy ending or let us say a refreshing start for the cricket-Bollywood marriage. The sizzling chemistry between the two can very well be seen in the video. 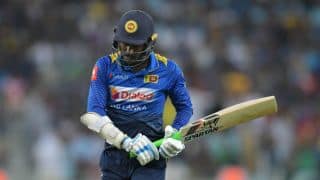