After India’s poor catching in the first T20I in Hyderabad, in which a total of five catches were dropped, hosts did not fare any better in the 2nd T20I at Thiruvanathapuram on Sunday – this time dropping as many as three catches.

While India won the first T20I despite the sloppy effort, thanks largely to Virat Kohli’s brilliant 94 not out, in the second T20I, the drop catches did cost India the game, helping West Indies draw level in the three-match series.

Skipper Kohli was also critical of the team’s fielding stating that no total would be enough if the team fields like this. However, it was the skipper himself who led from the front in the field and took a phenomenal running catch in the deep to remove West Indies’ Shimron Hetmyer.

ALSO READ: If You Field Like That, no Total is Good Enough: Virat Kohli

Hetmyer, half-centurion in the first T20I, was looking to tee off against left-arm spinner Ravindra Jadeja and had hit him for two consecutive sixes. The left-handed Hetmyer went for a thid one over long on, but Kohli, running in from wide covered good ground managed to hold on to ball and despite losing his balance he managed to keep himself inside the ropes.

Washington Sundar dropped Lendl Simmons in the fifth over bowled by Bhuvneshwar Kumar, when the West Indian was batting on 6 – he went on to made a match-winning 67*. In the same over Rishabh Pant also grassed a tough one behind the stumps, this time of Evin Lewis, who was on 16. He went on to make 40.

ALSO READ: ‘Pride Myself as Being a Leader’: Captain Pollard Happy to Share His Knowledge With Young Teammates

Later, Nicholas Pooran got a life in the 17th over when on 18, as Shreyas Iyer failed to hold on to one. He went on to make 38 off 18 balls as West Indies cantered home with eight wickets in hand and nine balls to spare. 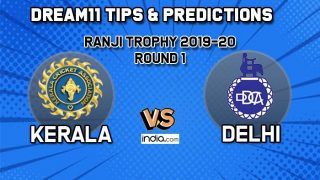 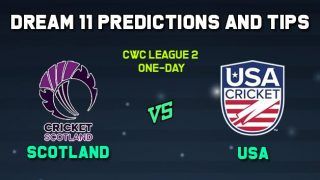