Trailing 0-1, England, despite losing a day's play to rain, beat West Indies by 113 runs in the second Test to level the series at 1-1

Trailing 0-1, England, despite losing a day’s play to rain, beat West Indies by 113 runs in the second Test to level the series at 1-1. Stokes was at the centre of their victory as he scored 176 in the first innings in difficult batting conditions with the hosts declaring at 469/9.

He then also took two wickets before Stuart Broad and Chris Woakes went on a rampage with the new ball to have West Indies bowled out for 287.

“He’s Mr Incredible. I suppose,” Root told reporters, comparing Stokes to a cartoon superhero of the same name. “I certainly think he can keep performing at this level. I think the sky’s the limit for him really.”

While Stokes’ first innings effort proved his ability to build an innings, he shifted gears swiftly in their second dig when asked to open as England targeted quick runs.

“To have such a complete game, and so many different gears at your disposal, allows you the ability to keep getting better,” said Root of Stokes. “If he continues to read situations the way he is, and keeps the confidence that he’s playing with at the moment, there’s no reason why we can’t continue to see such brilliant performances as we have done this week, and over the last 12 months really.”

Root said Stokes is at the peak of his powers and continues to deliver consistently.

“I think everyone understands that we are watching a player at the peak of his powers, at the peak of world cricket, delivering time and time again. We have to savour that, we have to appreciate that and understand that we are, without trying to pump his tyres too much, in the presence of greatness,” he said.

After West Indies were reduced to 37/4, a partnership between Shamarh Brooks and Jermaine Blackwood blossomed as the duo added 100 runs for the fifth wicket to diminish England’s hopes of forcing a result.

In comes Stokes and on the brink of lunch, provided a breakthrough with the scalp of Blackwood of 55 that triggered a collapse. He finished with 2/30 but gave England a scare when he pulled out of his 15th over.

“It was just my body starting to get really stiff. I’m fine,” Stokes said. “I’ll give everything to the team, whatever is asked of me. It’s a case of doing what’s needed at the time.”

The third and final Test starts from July 24, also in Manchester. 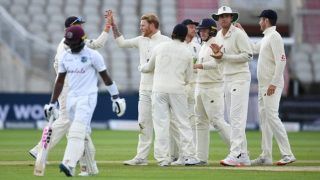 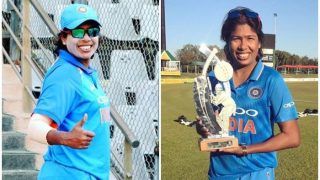