Following the attack on the Sri Lankan team in Lahore in 2009, majority of the international sides have refused to play in Pakistan.

Pakistan Cricket Board (PCB) CEO Wasim Khan on Tuesday said that the board has not paid any extra money to Sri Lanka, who will be touring Pakistan for three One-day internationals and three T20Is.

Although the security concerns saw some of the big Sri Lankan stars including Lasith Malinga, Angelo Mathews and Dimuth Karunaratne opting out of the tour, Sri Lankan side will be traveling to Pakistan for the series.

“We have decided that we will play our matches in Pakistan,” Khan was quoted as saying by Geo.tv.

“Pakistan is safe and all security reports have suggested that security risks are manageable in the country,” added Khan.

Following the attack on the Sri Lankan team in Lahore in 2009, majority of the international sides have refused to play in Pakistan, forcing the PCB to play their home matches in the United Arab Emirates (UAE).

However, Khan made it clear that playing in the UAE was no longer an option, considering the huge expense it involves.

“It costs us a lot of money hosting there. Security is fine in Pakistan, this is now our home venue. Bilateral series against Sri Lanka is important, and let me tell you that we are not paying them any extra money. They’re coming here for 13 days. Things are going in right direction for us,” Khan said.

Khan also had a message for the Pakistan side, telling them not to take the depleted Sri Lankan team lightly. 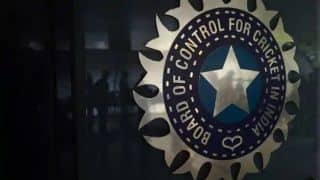