England and West Indies adopted the gesture at the start of each of their three Tests in July to show their support for the campaign against racial injustice.

Australia coach Justin Langer has admitted his side could have given more thought to taking a knee during their tour of England following criticism from West Indies great Michael Holding.

England and West Indies adopted the gesture at the start of each of their three Tests in July to show their support for the campaign against racial injustice.

The practice was repeated during England’s one-day matches against Ireland but not in subsequent series against Pakistan and Australia.

Holding, an outstanding fast bowler in the 1970s and 1980s, accused England bosses and Australia captain Aaron Finch of making “lame” statements over not taking a knee.

England fast bowler Jofra Archer said Holding had not “done his research”, with the Barbados-born quick insisting the team and officials remained committed to the Black Lives Matter movement.

Langer told a conference call on Tuesday that Holding was worth listening to.

“In terms of taking a knee, to be completely honest, we could have talked more about it perhaps leading up to the first game.”

The former Australia opening batsman added: “What we do talk about within the team, was that we want to have a response that is sustained and powerful, and that it can go not just in one action but a sustained period — not just throughout this series and the (Australian) summer but throughout time.

“I just hope if it looked like there was a lack of respect, it wasn’t the intention of our team. We were very aware of it.”

Langer was speaking ahead of Wednesday’s third and deciding one-day international against England at Old Trafford.

Australia star batsman Steve Smith has yet to feature after missing the first two games after being hit on the head during practice last Thursday.

Team management have repeatedly stated Smith has been rested purely as a precaution despite passing two concussion tests.

Langer said Smith was “tracking in the right direction” ahead of the decider.

“Fingers crossed. We know what a great player he is,” said the coach.

Australia have now squandered winning positions in all three formats against England in just over a year, starting with a stunning one-wicket loss in the third Ashes Test at Headingley.

They threw away the opening Twenty20 match of the current tour and collapsed against 50-over world champions England in the second ODI on Sunday.

But Langer was adamant that Australia had no qualms when it came to close finishes against arch-rivals England.

“I don’t think there’s a mental fragility,” he said. “These things happen. The hardest thing in cricket is hitting the winning runs. We were chasing under lights on a worn wicket. It was challenging and we weren’t up to the challenge.

“We’ve got a very good team and are showing in most of the cricket we are playing that we are up to the fight. I don’t think they (the defeats) are linked at all.” 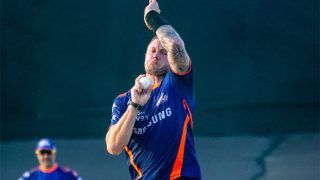 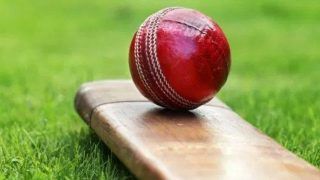