On a high after managing to "bully" India on all three days of a drawn practice match, county side Somerset's coach Andy Hurry said his team has given England the upperhand against the World number ones ahead of their Test series starting on Thursday. 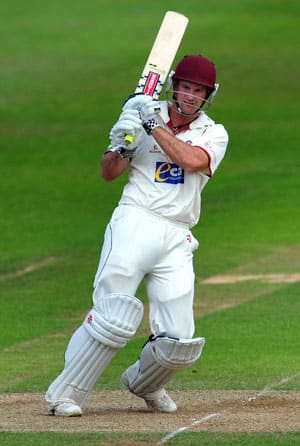 On a high after managing to “bully” India on all three days of a drawn practice match, county side Somerset’s coach Andy Hurry said his team has given England the upperhand against the World number ones ahead of their Test series starting on Thursday.

The practice match caused much embarrassment to India who were bowled out for 224 and 69 for no loss while their bowlers were thrashed twice.

Hurry said the game was a moral victory for his team and leaves Indians with quite a few worries.

“I fully understand it’s quite difficult for Test sides to get themselves up for these games, however it’s about practising good habits,” Hurry said.

“They are going to come up against a stern test against a side challenging to be No. 1 so they’ll have to lift their game. I’m sure they will, playing at the home of cricket, but it’s been interesting; their approach and how that reflects in the way they performed,” he added.

“It was important that we gave it our best shot and really put them under the pump. We won the toss on a great batting pitch, dominated the game and started to bully them which is a great position for England to sit back in their seats and appreciate what we have done for them.”

Hurry said Somerset executed their plans well and were thoroughly rewarded for that.

“They were looking for the follow-on but we weren’t giving them that. It was an opportunity for us to go in again and reinforce our position before giving them a little dart at the end to try and bowl them out,” he said.

The match assumes significance also because England Test captain Andrew Strauss managed to strike form after being off-colour for quite some while.

He produced knocks of 78 and unbeaten 109 to get his confidence back ahead of the big series and Hurry said it is a good sign for the hosts.

“It’s been a perfect three days for him,” Hurry said.

“We kept the Indians in the field for a number of overs, he looked really busy at the wicket and built his innings.

“It’s been outstanding to have in the changing room, the boys have thrived on having him around. He’s been a real good egg.

“It’s had a huge positive effect on the younger players, guys who have aspirations of playing for England now understand what the England captain is about,” he added.

“He has an aura about him sat in the changing room. The guys were listening to everything he said about batting and the England set up. It’s been positive from all sides.”

The Beauty XI - Part 1: Marriage of artistry with skills