India Women s under-19 sensation Jemimah Rodrigues has set the ball rolling. She excelled in her maiden India series in South Africa. The 17-year-old amassed 87 runs in 3 out of 5 T20Is much to the jubilation of skipper Harmanpreet Kaur.

According to Cricbuzz, Harmanpreet said: She has done really well in the domestic level and that gave her confidence to do well in the international level. I know she is very young but we know what she is capable of doing for the Indian team. She is young and we do need young players in our team who can do better in international cricket.”

Speaking about sending Jemimah at No.3 in crunch match against South Africa last evening, Harmanpreet said: We just decided that if we lose an early wicket then we can send her (at No. 3). Basically she is an opener but we have Smriti and Mithali and we can’t just tell them to sit and give her a chance.

Harmanpreet also praised senior pro Mithali Raj. He said: “She’s the most experienced player in the side and whenever she performs, we always put up a good total on the board and today also she did really well. Her experience always gives us a lot of confidence to do well in international cricket. Hopefully, she plays for two-three more years.

India next assignment will be hosting Australia for three ODIs at home. 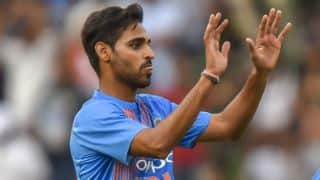