MS credited Rajasthan Royals for taking the contest till the final delivery despite posting a modest total.

Not keen to get into on-field controversy that saw Chennai Super Kings skipper MS Dhoni lose his cool and walk onto the field to confront an umpire for overturning a decision, the former India skipper said that it was a good game and credited Rajasthan Royals for fighting till the last over, despite scoring only 151 on a decent wicket. CSK won the game off the last ball as Mitchell Santner hit Ben Stokes for a six.

“It was a very good game. Need to give credit to Rajasthan. They were slightly few runs short on what would’ve been a good score. But they put pressure on our batsmen and they were able to build pressure right to the end,” he said.

But Dhoni wants the boys to learn from the little mistakes that they have been making. “Once you win games like this, you learn a lot out of it. It’s important to enjoy the win but also learn from the mistakes,” he said.

Asked if it got a little too close for comfort at the end, Dhoni said: “It’s about a few hits. Have to see the ground here. It’s a very big ground and the outfield is fast.”

Pacer Shardul Thakur didn’t have the best of days on the field, but Dhoni said that cricket is a team game and everyone needs to pitch in and it wasn’t about individuals.

“At the end of the day, individuals do commit mistakes. But the team has to take the blame if you’ve lost. Doesn’t matter if it was Shardul’s over or someone else’s over. Important to see if the batsmen batted well or whether the execution failed,” he said.

Dhoni once again thanked the fans for showing their love and support. “We’ve got very good support here, thanks to them. Not to forget, one of my biggest innings came here. All games are big games,” he said. 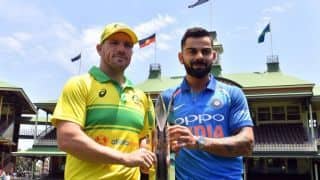 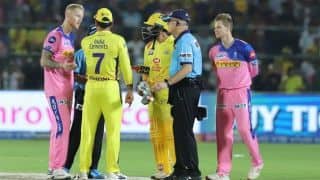