'We had lost quick wickets, so we had to build partnerships. We always knew we can score runs because this is a small ground,' Shreyas Iyer said about his knock. 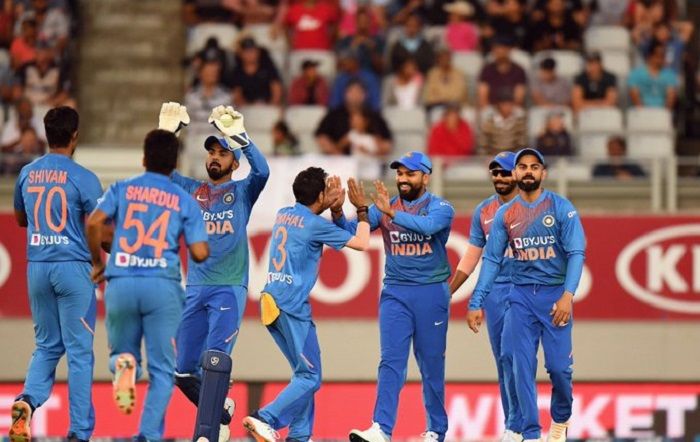 Following a clinical six-wicket victory in the first Twenty20 International against New Zealand, captain Virat Kohli lavished praise on the Indian team despite the fact that they arrived a couple of days before the start of the tournament.

“We enjoyed this. Landing two days before and playing a game like this, it was fantastic. Felt like 80% support was for us and the crowd was right behind us,” Kohli said at the post-match presentation after India took a 1-0 lead in the five-match series.

Chasing a stiff 204, India were in control of the run chase despite losing Rohit Sharma early in the 2nd over for just 7. However, after Kohli (45) and KL Rahul (27-ball 56) laid the foundation with a scintillating partnership, Shreyas Iyer then built on the blazing start as the Mumbai batsman made short of the 204-run target ensuring that his team chase it down with one over to spare. Iyer was unbeaten on 58 off just 29 deliveries coming with the help of five boundaries and three sixes.

“You need that sort of push chasing 200+. We never spoke of the jetlag in the team. We didn’t want any excuse. We just focused on what we needed to do to win. We were looking forward to play. We have done well in T20Is in the last one year. You can’t be harsh on anyone on this sort of a pitch. I thought 230 was on at one point, but we pulled it back nicely,” Kohli said.

“We had lost quick wickets, so we had to build partnerships. We always knew we can score runs because this is a small ground. Looking forward to similar support in the remaining games as well,” Iyer said about his knock.

New Zealand captain Kane Williamson said that there are plenty of positives despite the defeat. “It is hard to defend here and there was a bit of dew here. We knew we had to score over 200 with this being a used surface. Credit to India for the way they played. Taking pace off seemed to be working okay, but it was tough to execute because India put us under pressure constantly. But we do need to find ways to pick up some wickets. It was nice to build some partnerships. Guys came in and played their roles really well. It’s important we improve in all areas in the next game,” he said.

The second match will be played at the same venue on Sunday, January 26. 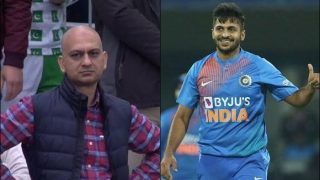