We played the wrong shots on a tricky wicket: Virat Kohli

We played the wrong shots on a tricky wicket: Virat Kohli 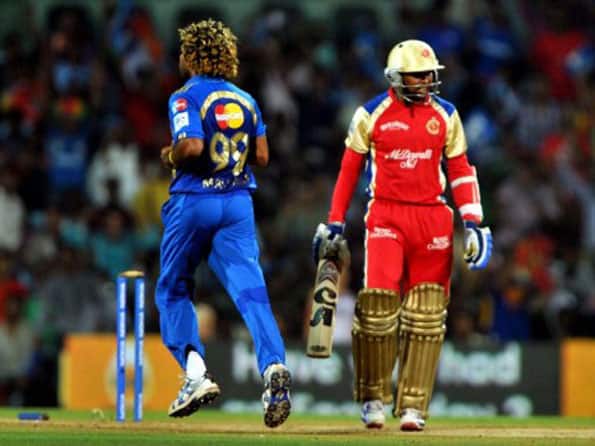 He said,” We’re really disappointed. We didn’t bat as well as we should have. For the last four games our batting has clicked brilliantly and this was the one-odd game where it didn’t. With a little more common sense, which we didn’t apply today, we could have chased down that total.”

Kohli added that though conditions in the second half were poor for batting, batsmen played poor shots which led to the down fall.

“It’s not about the pressure. The previous two games were more high pressure games than this one and we were able to win them. But in Chennai the toss is always very important – all the teams that have played here agree to it – and we lost the toss in both games,” said Kohli.

“In the second half it’s very difficult to score runs here. Having said that we played the wrong shots. We have to accept that we didn’t play well and hence were beaten. [We are] Looking forward to the next IPL now.”

He said,” They got Gayle and [Tillakaratne] Dilshan out for about 40 runs and Dilshan’s wicket probably turned the momentum their way. It’ s not easy to get runs for a new batsman on this track if the ball is pitched in the right areas. They bowled really well and we didn’t execute the right shots.”

Kohli added that despite team s loss in the final, he was proud of his team s journey to the finals and what they have achieved.

“A lot of them. There’s no question that we deserved to be in this final. The situations we came up against in our last couple of matches and the way we overcame them to come out victorious shows the true character of the team. Today was an odd bad day, which happens to any team. Some teams survive it but we couldn’t. But we can be really proud the way we played in this tournament,” he said.

Kohli also hoped that he was happy with his batting form and wishes to continue the form in England series.

” I’m really happy with the way I’m batting right now. Even in the earlier games I was hitting the ball quite well but couldn’t build on the starts. But then I was able to correct that in the last two games and got big scores. I’m really feeling good about my form going into the ODI series against England and hopefully I can continue my form there,” said Kohli.

I'm happy with the way I have batted in CLT20: Malinga