Laxman feels that the lessons Pandya and Rahul have learnt will have a larger impact on the game.

Hardik Pandya and KL Rahul s comments on a popular television show has not gone down well with members from the Indian cricket fraternity. The duo, who have tendered unconditional apologies, have been suspended temporarily pending an enquiry.

Former India batsman VVS Laxman reckons Pandya and Rahul will learn from their mistakes and emphasised the need to sensitising cricketers specially at a time when stardom hits them in their teens.

”With each experience, you have to learn. Being a cricketer in India is tough. How many of us are recognised at the tender age of 18? Not only are they given a demi-god status, they have everything at their disposal,” Laxman said in a panel discussion at the Hindu Lit for Life 2019 on Monday. (ALSO READ: Khar Gymkhana revokes Hardik Pandya’s honorary membership)

Laxman feels that the lessons the duo have learnt will have a larger impact on the game. Rahul and Pandya have made a mistake and I’m sure they are regretting it. What can we and the Board learn from this is the question. It’s also about giving them the right guidance. It’s important to teach them how to conduct themselves. The responsibility lies with the BCCI and the management firms, he said.

Players should realise that people are watching you and learning from you. You need to conduct yourself. (ALSO READ: Hardik Pandya and KL Rahul will learn from their mistakes, give them another chance: Simon Taufel)

Quizzed how he handled stardom during his playing career, Laxman said: I learnt from the first four years of my career. Especially the background I came from, in the first year.

There is a lot of challenge for any cricketer. It’s easy to handle failures, tough to handle success. The role of a psychologist is very important. In India it (concept of a psychologist) is still young, abroad they are doing this already.”

You look at talents like Prithvi Shaw and Shubman Gill… They are sought after cricketers today, thanks partly to the IPL. They are given stardom at the age of 19, 20, Laxman said.

“What they (Rahul and Pandya) did is wrong but they will learn from it. They have been rightfully punished. We should show some empathy to them. They are young, it’s a challenge for such young minds to be mature. 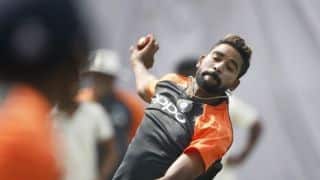