An elated Afghanistan captain Asghar Afghan mentioned how his team is eager to continue their rise in international cricket.

An elated Afghanistan captain Asghar Afghan mentioned how his team is eager to continue their rise in international cricket. Afghanistan produced one of their most famous victories after they eliminated five-time champions Sri Lanka from the Asia Cup 2018 with a crushing 91-run win at the Sheikh Zayed Stadium on Monday. Sri Lanka thus became the fourth Test playing nation to have suffered defeat at the hands of Afghanistan in ODI history.

“Very important game because Sri Lanka lost their first game. Credit to our batsmen, our openers, they played very well. Every batsman executed plans. Yesterday we spoke about partnerships. Very important thing for us,” Afghan said during the post-match presentation ceremony.

These may still be early days in the tournament but Afghanistan, with their emphatic win over Sri Lanka, have sent out a message loud and clear: they are no more pushovers. Afghan added that the team came together as a unit when it had required them to, this signalling their desire to keep improving and prove their mettle.

Afghanistan posted 249 on the back of a half-century from Rahmat Shah in an innings that also witnessed quite a few impressive partnerships. Then, defending the target, Afghanistan bowlers were splendid with the ball, dealing timely blows and not allowing Sri Lanka to get a single valuable partnership going. They lost their last five wickets for just 15 runs.

“Credit to our fielders who fielded very well. We want to win, show our abilities and talent. When you want to play cricket just for winning, shows positive intent. We’ll see (about winning the Asia Cup). If we give good target on board, our spinners are bowling well. Nowadays our spinners are famous around the world,” the skipper said.

For his half-century, Shah was named Player of the Match. “Wicket was very good to bat. Captain and coach gave me the plan to play straight. This match was very important for us. Very happy to be Man of the Match,” he said.

Afghanistan next play Bangladesh on Thursday. 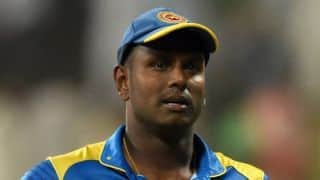 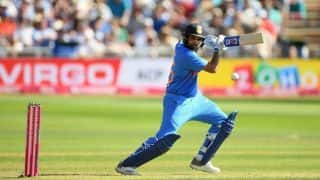