We wanted to be ruthless: Rohit Sharma

We wanted to be ruthless: Rohit Sharma

India captain Rohit Sharma heaped praise on the efforts of his team after Shikhar Dhawan and Rishabh Pant led the hosts to victory.

India claimed a 3-0 series sweep against the reigning World T20 champions West Indies after a thrilling six-wicket win in the third and final T20I at the MA Chidambaram Stadium in Chennai on Sunday.

India captain Rohit Sharma, whose unbeaten 111 in Lucknow saw the series in the bag, praised the efforts of his team after Shikhar Dhawan and Rishabh Pant led the hosts to victory.

I’ve been part of games like these with Mumbai Indians. Great effort to cross the finish line. We spoke at the start of this game that we wanted to be ruthless. There were chances of us being complacent and turning up at the ground. As a team, there is always a chance of improvement moving forward, especially handling pressure, Rohit said at the post-match presentation on Sunday.

When bowling there will be times when the batsmen will put you under pressure and it is important to stick to your strengths. These guys will learn that, when they play games like this. They will mature. Overall in the series, we ticked a lot of boxes, especially with fielding, he said. 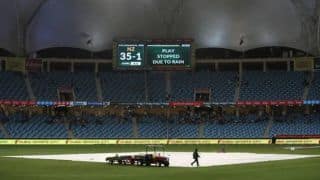 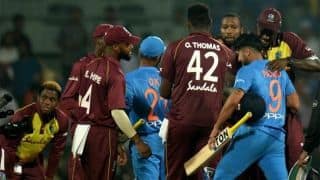 Wanted to put a smile on fans' face but couldn't get the result: Carlos Brathwaite