We were completely outplayed by Rajasthan: Pollard

We were completely outplayed by Rajasthan: Pollard

Mumbai Indians all-rounder Kieron Pollard admitted his team was completed outplayed by Rajasthan Royals after succumbing to a humiliating 10-wicket defeat but said they can only improve from here. 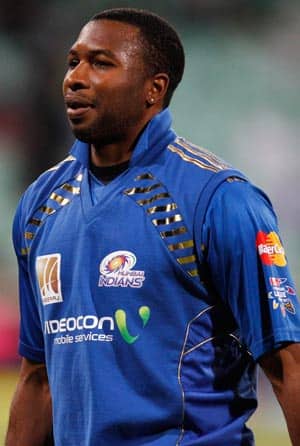 Mumbai Indians all-rounder Kieron Pollard admitted his team was completed outplayed by Rajasthan Royals after succumbing to a humiliating 10-wicket defeat but said they can only improve from here.

“We were totally outplayed by Rajasthan Royals. We can only get better from this. We didn’t play well. The game against Kolkata (Knight Riders) would be crucial for us,” said Pollard after suffering their third straight defeat.

Mumbai Indians will take on Kolkata Knight Riders in their concluding league game on May 22 at the Eden Gardens and Pollard said it is an important match for his team to book a berth in the play-off.

“We have not been scoring as many runs as we want to.

Having said that we have lost three games in a row. The game against Kolkata is very important for us,” the West Indian said.

Pollard praised the blistering knock of 89 not out by Shane Watson who smashed six sixes and nine fours to help RR overhaul the target of 134 in only 13.1 overs.

“Watto was fantastic. (Lasith) Malinga had the better of him in the first two balls but he stuck to his guns.

He’s a world class player. He has done it for Australia, he has done it here. He batted well,” the Trinidadian said.

Pollard said his team did not assess the wicket well.

“We did not assess it well. Our batsmen did not apply themselves, did not score enough runs,” he said.

Asked if the team missed another spinner on the spinning track, Pollard said, “You can say so. When you are batting second they could have come handy. But it could have gone either way. We did not bat well. They played well.”

Pollard also said that not having a regular opener to partner captain Sachin Tendulkar was hurting the team.

“We have got a day before the next match. Let’s hope we get the right combination,” he added.