We will fight hard to level the series: Gibson

We will fight hard to level the series: Gibson

West Indies coach Ottis Gibson said his side will fight hard over the next three days, trying to accomplish their mission of earning a series-levelling victory over India in the second Test. 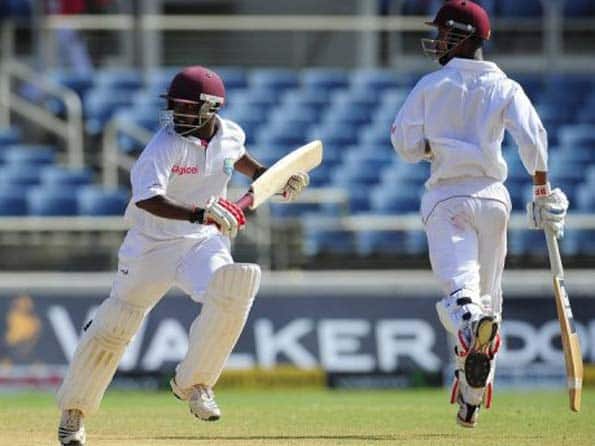 West Indies coach Ottis Gibson said his side will fight hard over the next three days, trying to accomplish their mission of earning a series-levelling victory over India in the second Test.

Seasonal showers, and a defiant sixth-wicket stand between Shivnarine Chanderpaul and Marlon Samuels offered the hosts respite on the rain-affected second day at Kensington Oval here. Only 25.3 overs in just under two hours were possible, as West Indies moved from an overnight total of 30 for three, reaching 98 for five, in response to the Indians’ first innings total of 201.

Samuels, not out on 21, and Chanderpaul, not out on 20, added 41 – unbroken – in between the showers to settle things down, after Ishant Sharma set West Indies back with two early wickets, leaving them reeling on 57 for five.

“We are looking forward to the third day [on Thursday],” said Gibson.

“The second day was badly rain-interrupted, and that is history. The pair at the crease has done a good job for us so far and there is plenty of work ahead of them. This is a crucial partnership [between Samuels and Chanderpaul] as there is still a lot of cricket left in the match,” he said.

Gibson felt the situation in the match provided both Samuels and Chanderpaul with the platform to give evidence that West Indies could still be a force with which to be reckoned in the international game.

“We know what Chanderpaul can do, and he has showed a lot of application in his innings so far,” he said.

“Marlon is now coming back into the team and he has looked good so far. He is really looking forward to this opportunity in this Test match, and hopefully, he will continue to show the fighting skills he has demonstrated.

“He came in at a crucial time and has played well so far, and we expect him to continue.

Gibson continued to sing the praises of the West Indies bowlers, who for the straight innings dismissed India for a total in the 200s. “The bowlers again did their job very well, and they deserve the praise,” he said.

“It is good to see the see them putting in the hard work and getting the rewards.”

West Indies trail 0-1 in the three-match series, following a 63-run defeat inside four days last Thursday at Sabina Park in Jamaica. The final Test starts next Wednesday at Windsor Park in Dominica.

India may host Pakistan in 2012

India squad for England tour to be announced on July 4