We will play positive cricket against England: Mithali Raj

We will play positive cricket against England: Mithali Raj

Though the conditions would be challenging, the Indian women cricketers are determined to play positively on their tour of England, said captain Mithali Raj prior to the 15-strong team's departure on Wednesday. 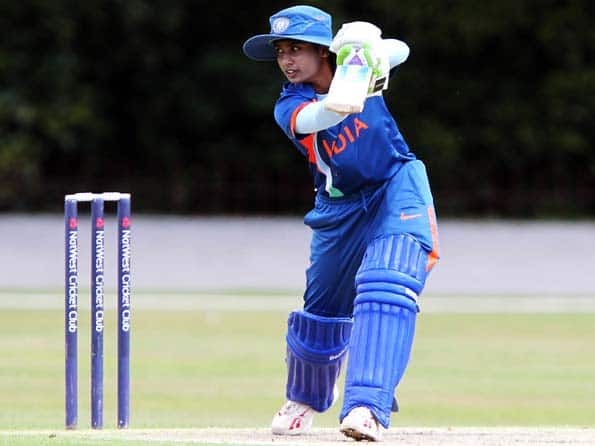 Though the conditions would be challenging, the Indian women cricketers are determined to play positively on their tour of England, said captain Mithali Raj prior to the 15-strong team’s departure on Wednesday.

“I won’t say we will win but we will play positive cricket. With the World Cup and Asia Cup coming up, we have to be positive and confident. England conditions are tough for every cricketer. It is a challenge for us,” said Mithali at the Mumbai Cricket Association’s BKC Ground.

“England is a challenging place. I have played many tournaments there and I am sure with the experience, we will do well. The team played a quadrangular last year around the same time. Though the players are not inexperienced, we are a young side and looking forward to the series,” said the 29-year-old Jodhpur-born woman cricketer.

The team, scheduled to play two T20 internationals and five ODIs against England from June 26 to July 11, had attended a camp in Mysore that Mithali said was a good preparation.

“We had a good preparatory camp in Mysore. It was more of match practice, one-day and T20. It went very well.

Fortunately, the first few days of the camp in Mysore was overcast.

“We played practice matches against boys in Mysore which will give us confidence. That should help us,” said the Indian women team’s batting mainstay, who has played eight Tests, 135 ODIs and 30 T20 internationals.

Mithali said the return to the helm of affairs of the team was a big challenge for her.

“It is a challenge for me. The previous series against Australia did not go well for us.”

Mithali did not think the time was ripe for a women’s Indian Premier League.

“It is too early to think of IPL for women. Women’s cricket is not popular. We should start playing T20 at a fast pace.

“Women’s cricket world over should be marketed. If we start with a lower scale and market women’s cricket well, then we can think of a larger scale. I am sure it will happen one day,” she said.(PTI)