Johnson feels India have the potential to be the best fast bowling attack in the world.

If a piece of fast bowling impresses someone of Mitchell Johnson s calibre, expect it to be quite something. The performance of India s fast bowlers in England has been nothing less than outstanding, and while Johnson feels India have the potential to be the best fast bowling attack in the world, he has urged people to wait a little longer before coming to any conclusions.

“There is a lot of talent and the current Indian fast bowlers have got pace and skills. They have a lot of firepower. Whether it s the most potent, we will have to wait and see,” Johnson told Times of India in an interview.

The former Australia fast bowler, who retired from competitive cricket last week, recalled an incident with Indian pacer Jasprit Bumrah during his stint with IPL team Mumbai Indians and pointed how that it didn t take him time to notice the talent Bumrah had in him. Johnson played for Mumbai Indians in 2013, the same season in which Bumrah also made his debut for the franchise.

“Bumrah has impressed me from Day 1. I remember facing him in the (Mumbai Indians) nets and he hit me on my helmet with a short ball and I thought he was quick,” Johnson said. “He keeps things simple and doesn t try to overcomplicate things. There was a point when batsman had started to get on top of him and we had a chat regarding this. I told him he needed to think ahead of the game. He is in the right environment at the moment and is getting better with each match. Bumrah s pace coupled with his accuracy is impressive.”

Alongside Bumrah, another Indian cricketer who seems to be in the good books of Johnson is Hardik Pandya. Like Bumrah, Pandya also plays for the Mumbai Indians and made his debut for the franchise in 2015. Pandya and Johnson played together in the 2017 edition of the IPL which Mumbai won, allowing the left-armer to study Pandya and his rise from close quarters.

Despite picking up his maiden five-wicket haul in the previous Test and scoring a half-century, Pandya has received flak for not doing justice to his role of an allrounder. Johnson reckons Pandya has shown promise and over time, will be able to hone himself better.

“It s such a hard role and it takes time to be an allrounder. It doesn t happen overnight,” Johnson said. “You are batting, bowling, fielding and have to be switched on all the time. I think Virat understands that well. Pandya is a guy who is extremely competitive and hates to lose. At the same time, he also wants to learn. He is a talented man who is getting better every day.”

Johnson s duels with Indian captain Virat Kohli have been well-documented. During India s last tour of Australia, Johnson, bowling to Kohli, attempted to run the Indian captain out after he had hit the ball back to the bowler and was briefly caught outside his crease. But the ball hit Kohli instead and the incident resulted in increased animosity between the two sides.

Kohli, an established batsman now, has been in fine form and Johnson feels the only way teams can get on top of him is by forgetting how good a batsman he is.

“When you are bowling to class players like Virat or Sachin Tendulkar or Ponting, you have to forget that they are greats and back your skills. Some people get caught up in that and once you do that you have no chance really,” the former Australian fast bowler said. 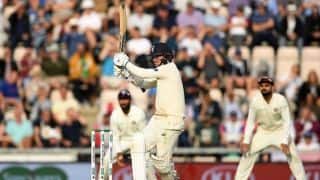 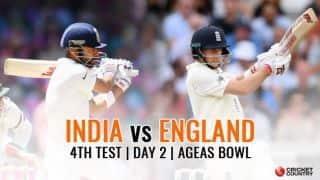