Thakur suggests that despite their back being against the wall, India will go hard at New Zealand in a bid to avoid a clean sweep. 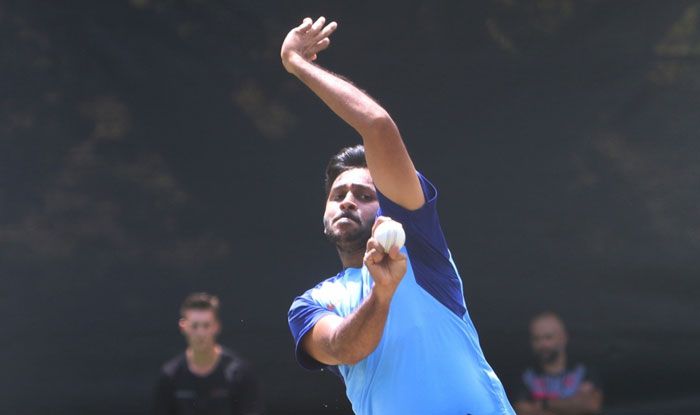 They may have lost the series, but the fact that India are 0-2 down in the series will make players express themselves even better when they take on New Zealand in the third ODI in Mount Maunganui on Tuesday, reckons fast bowler Shardul Thakur.

India, who wrapped up the T20I series 5-0, find themselves one defeat away from a whitewash having lost the first two ODIs in Hamilton and Auckland. Averting a third straight defeat will be on their mind but Thakur suggests that despite their back being against the wall, India will go hard at New Zealand in a bid to avoid a clean sweep.

“When you play international cricket, every game matters for every player. When you are 2-0 down, you can express yourself even more our skills, our variations in bowling. Batsmen can play their shots, can execute shots and express themselves. That’s how we will approach it,” Thakur said on the eve of the third ODI.

Visible from the first two ODIs, India have found it tough in New Zealand’s small grounds. One side of the field was relatively small at Hamilton’s Seddon Park where India posted 347, which was gunned down eventually, whereas in Auckland, India’s batting crumbled in chase of 273 and they fell short by 22 runs. In reference to the grounds, Thakur felt it was important to understand its dimensions and play accordingly. Such conditions, in turn, make New Zealand one of the toughest places to play in.

“There are no grounds alike in New Zealand, so it is very important to understand the ground dimensions. How to bowl, etc. In each game, as a bowler, you may have to change your plan because the last game in Auckland, straight boundaries were short. Before that in Hamilton, the side boundary was short. The dimensions of each ground are different and you have to bowl accordingly. Here in the next game, we will get a bigger ground compared to the others,” he explained.

“It is very difficult because you don’t get to play on grounds like this every day. That’s why they say New Zealand is a difficult country to play cricket in. I feel that when you practice in the nets you have to practice in the manner in which you are going to bowl the next day. Mentally too, it is crucial to be prepared because if you are not prepared mentally, the opponent can take you by surprise. So both things are important. If you see, their batsmen use the wind and the short side.”

India have not been able to find an answer to stop Ross Taylor, who’s made New Zealand’s win possible. And with Kane Williamson set to return for the third ODI Tuesday, New Zealand’s batting will be bolstered even further.

“Thanks for reminding that (Kane) is going to play tomorrow. But yeah, it’s okay. Everyone’s playing cricket here, I guess. It’s no different. I think the opening partnership has been crucial for them. They are building a good partnership, like you said, up front. That’s why they are able to set up good scores,” Thakur pointed out.

“He (Taylor) is batting really well. Once he is set, he is able to play on the leg-side like he is a God. I think we have to be very precise bowling to him. At times, we have had our chances. In the last two ODIs, he had skied up a few balls and we had chances. Had we grabbed them, the game could have gone either way.” 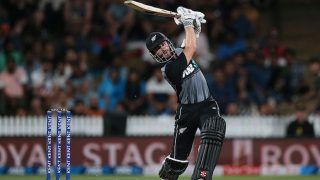 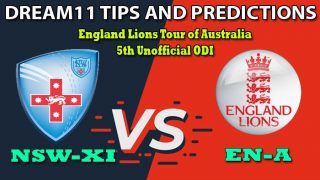