West Indies A registered a comprehensive 45–run win over India A in the third and final unofficial One-Day International at Bangalore on Thursday. With this win the Caribbean side has pocketed the series 2-1. Chasing 313, India A were never in control of the chase except when their skipper Yuvraj Singh was batting. 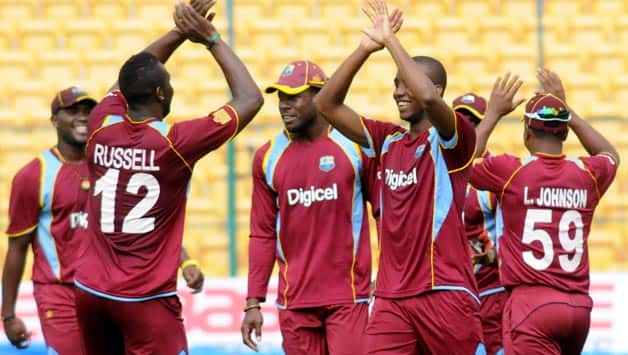 West Indies A registered a comprehensive 45–run win over India A in the third and final unofficial One-Day International at Bangalore on Thursday. With this win the Caribbean side has pocketed the series 2-1. Chasing 313, India A were never in control of the chase except when their skipper Yuvraj Singh was batting.

On September 19, 2007, Yuvraj Singh went ballistic, hitting Stuart Broad for six sixes during the ICC World T20 in 2007. Looking at the elegance the way he was batting at Bangalore on Thursday, it seemed that the left-hander was on course for scripting one more sensational win. But the dream innings ended when Ashley Nursey bowled the southpaw for 61. Before and after his dismissal, the Indians never looked like they were in control of the chase.

The chase of 313 required not just a batsman anchoring from one end but one who could score briskly.

Robin Uthappa, the aggressive batsman upfront lost his wicket in the hunger for sneaking a tight single and the direct hit from mid-on saw him short. The opening batsmen put on a 46-run partnership. Naman Ojha, promoted up the order, couldn’t do much as he followed Uthappa back to the pavilion being dismissed for a duck.

At 46 for two, it appeared like the encounter was heading to a one-sided affair, but Yuvraj injected some excitement attacking the bowlers from the word go. From the other end, a young Baba Aparajith displayed great maturity in stitching a valuable partnership. The right-handed batsman ensured that he rotated the strike and gave more of it to Yuvraj who was in sublime form.

Both batsmen suffered from minor fitness issues. The partnership though continued to blossom as they reached their half centuries and India A looked set to up the ante and chase the stiff target. However, in the 30th over Yuvraj failed to cover a straighter delivery by Nurse and he was bowled, thereby ending the 112-run partnership. With Mandeep Singh unavailable due to an injury the hosts were short of one batsman in the crucial chase.

Within a few overs, Aparajith too was bowled by Veerasammy Permaul for a well crafted 78. None of the other batsmen managed to revive the sinking ship except for a brief cameo by Yusuf Pathan who despatched a few balls to the boundary line. Towards the end while the last Indian pair hung around it started drizzling.

The West Indian victory was set up by a brilliant hundred from Kirk Edwards (104) which followed a scintillating knock by Jonathan Carter in the second ODI. The visitors planned their innings beautifully in both games and reaped rewards.

All three victories have come for the team batting first. But full credit to West Indies for coming from behind, and pushing the Indians aside with comfortable victories in the next two.

The focus now shifts to the one-off T20 on Saturday followed by three four-day Test matches.