The West Indies reached their highest score of the series before being dismissed for 330 at lunch on the final day of the rain-hit third Test against Australia in Sydney on Thursday. It was the first time the West Indies had passed 300 in their last nine Test innings against Australia. Spinners Nathan Lyon and Steve O’Keefe each took three wickets to finish off the West Indies first innings which had remained on hold since Monday after two days of unrelenting rain. Wicketkeeper Denesh Ramdin pushed his score to 62 as the Windies surprised by deciding to bat on and not declaring their first innings. LIVE CRICKET SCORECARD: Australia vs West Indies 2015-16, 3rd Test at Sydney, Day 5

Play finally got underway under sunny skies, just over 70 hours after the previous ball bowled on Monday’s second day. Days three and four were totally washed out making it the first time that two consecutive days of play had been lost to rain in a Test in Australia in almost 26 years. Ramdin raised his 50 before he was out to a sharp catch by Steve Smith at slip off O’Keefe.

Kemar Roach quickly followed, popping up a catch to Joe Burns at short leg off Nathan Lyon for 15. Jerome Taylor was the last man out for 13, caught by Lyon at backward point off O’Keefe, while Jomel Warrican remained unbeaten on 21. LIVE UPDATES: Australia vs West Indies 2015-16, 3rd Test at Sydney, Day 5

Australia have already won the series and retained the Frank Worrell Trophy after huge wins in the Hobart and Melbourne Tests. The players wore black arm bands as a mark of respect for the father of West Indies batsman Rajendra Chandrika, who passed away this week. 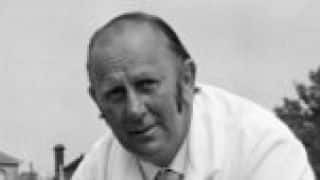 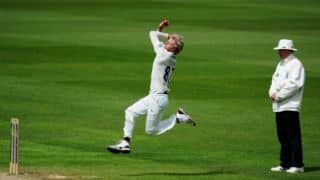