Australia will fancy their chances of getting a big win in this match against West Indies.

West Indies have been bundled out for just 116 in just 32.3 overs against Australia in the Tri-Nation Series, Match 2 at Guyana. Mitchell Starc returned to the Australian line-up for the first time after recovering from his injury that had sidelined him for many months. He was a bit wayward in the beginning stages, but found his rhythm as the innings progressed. He however struck in the very first over of the match, removing Andre Fletcher for just 4. Darren bravo and Johnson Charles put on a decent 44-run stand, before Mitchell Marsh removed him for 19 off 31. Things went downill for West Indies from there as they kept losing wickets at regular intervals. Full Cricket Scorecard: West Indies vs Australia, Tri-Nation Series, Match 2 at Guyana

Starc returned to get rid of Charles for 22. It was an in swinging Yorker on middle and Charles had no clue. Nathan Lyon, Adam Zampa and Glenn Maxwell bowled magnificently and West Indies had lost half their side inside 17 overs. Kieron Pollard, who top-scored in the first game against South Africa was dismissed for a first-ball duck. Live Cricket Updates, West Indies vs Australia, West Indies Tri-Nation Series 2016, Match 2 at Guyana

Things got from bad to worse from there as West Indies failed to gain any sort of momentum. Lyon and Zampa were easily the pick of the bowlers, finishing with three wickets to their names. Despite the Aussie dominance, Carlos Brathwaite his a few lusty blows towards the end of the innings to take West Indies past the 100-run mark.

Earlier, it was Australia, who had won the toss and elected to bowl first. West Indies went in with the same side that beat South Africa in the first game of the tournament. 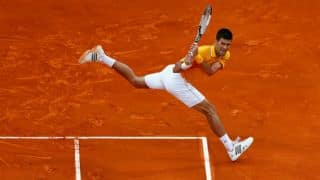 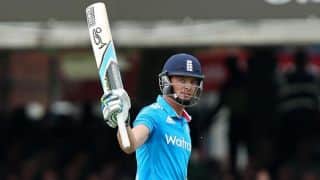