The pull out by West Indies incurred damages worth USD 41.97 million.

New Delhi: In no mood to be lenient on the West Indies Cricket Board (WICB), the Board of Control For Cricket In India (BCCI) has issued an ultimatum to WICB, demanding that it furnish the USD 41.97 million damages caused by the Caribbean team’s infamous mid-tour pullout last year.

In a fresh letter to WICB President Dave Cameron and the inter-governmental Caribbean community (CARICOM) Secretary General Irwin LaRocque, the BCCI has demanded that compensation be paid at the earliest for West Indies’ “sudden, arbitrary withdrawal” from the tour of India last October.

The Indian Board has threatened legal action in case the WICB fails to respond to the letter, published by ‘ESPNCricinfo’, within a week

“When CARICOM intervened in the dispute and requested BCCI to hold off on its claims for a period of 40 days from the deadline stipulated in its claim letter, the BCCI acquiesced to the same in the hope that an acceptable resolution would be achieved through CARICOM’s able mediation,” BCCI Secretary Sanjay Patel wrote in a letter, dated January 20.

“However, it is with regret that the BCCI finds itself in a position where its expectations have remained wholly unfulfilled, with there being no progress in finding a solution that is acceptable to the BCCI, despite the 40-day time period having long since elapsed.”

The West Indian team had pulled out of the tour of India owing to a pay dispute with its Board, forcing the hosts to arrange a series against Sri Lanka at the 11th hour.

“The BCCI cannot any longer hold off from pursuing its claims against WICB in the appropriate forum being the courts in India. We trust that CARICOM will understand our position,” Patel has written in the most recent communication to the WICB.

“If the WICB fails to comply with the requisitions contained in our letter dated 31st October 2014 within a period of 7 days from receipt of this letter, the BCCI shall initiate legal proceedings in the appropriate forum against WICB without further intimation.” 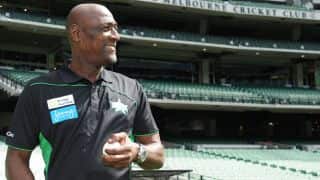 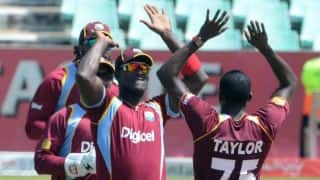