The West Indies' withdrawal came with five matches still scheduled on the tour.

Former West Indies fast bowler Ian Bishop has said that the West Indies cricket team should see its India tour collapse as a “wake-up-call”. According to the BBC, the team left India after the fourth one-day match at Dharamsala because of a pay dispute between West Indies Cricket Board (WICB) and players.

Bishop said that it must be a wake-up call because any team who was going to invite the West Indies to their shores will keep this incident at the back of their mind. Speaking on BBC Radio 5 live, he said the Board of Control for Cricket in India (BCCI) must be aware that if they bankrupt West Indies it reduces the spectacle of world cricket. The West Indies’ withdrawal came with five matches still scheduled on the tour. 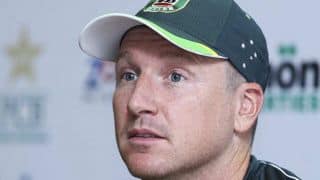