West Indies pulled out of the India tour recently.

The International Cricket Council (ICC) said on Wednesday it was concerned at the stand-off between the Indian and West Indies boards, but would not intervene unless asked by the two parties. In a statement on its website, the world governing body said it was “closely monitoring the developments” which would be discussed at the ICC’s Executive Board meeting in Dubai on November 10.

The ICC, the statement said, is “concerned with the dispute between the Board of Control for Cricket in India (BCCI) and the West Indies Cricket Board (WICB) and it was closely monitoring the developments arising from the recently cancelled tour of India.

“The ICC hopes that the matter will be resolved amicably, but clarified that, unless the matter is otherwise referred to it, it does not have the power to intervene in disputes resulting from a bilateral Future Tours Program (FTP) tour.” The ICC said it would not comment further on the matter until the board meeting. The West Indies cut short their tour last week because of an internal pay dispute, even though the fifth one-day international, a Twenty20 match and three Tests still remained to be played.

India retaliated by freezing all future tours to the Caribbean, starting with the one in February and March 2016 to play three Tests, five one-dayers and a Twenty20 international. The BCCI, the game’s financial powerhouse, also said it would “initiate legal proceedings” against the West Indies but gave no details.

The WICB, worried it could lose out heavily on television rights if India refuses to tour, has sought a meeting with the BCCI to resolve the matter. 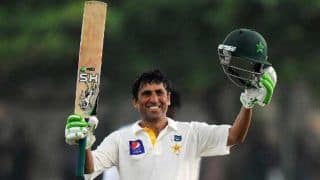