Pollard, who was left out of the West Indies team for some time due to differences with the previous Board, said captaincy was something that sprung upon me. 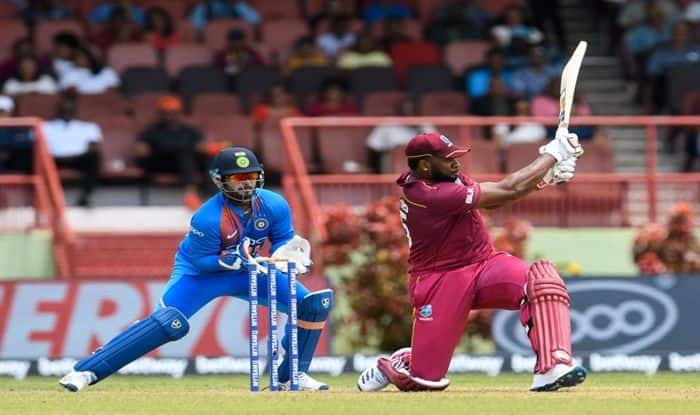 Skipper Kieron Pollard doesn’t mind West Indies’ underdog tag against India and said his team will look to focus on the basics to get a favourable result in the limited-over series beginning on Friday in Hyderabad. The burly all-rounder has been given the charge of the West Indies in the limited-overs format (ODIs and T20Is). He replaced Jason Holder as the ODI captain and Carlos Brathwaite in T20Is for the tour of India as West Indies board are in a process to revamp the selection process.

“We are coming up against a harder opposition, we would be the underdogs and that’s fine but then again it is about going out there and executing and believing in your talent, once you do that anything is possible,” Pollard was quoted as saying by ESPNCricinfo.

“There are boxes which needs to be ticked off, when you do that, most times you end up on the right side of the result.”

West Indies, the reigning ICC World T20 champions, will begin their tour with the three-match T20I series, starting with the opening match in Hyderabad on December 6. It will be followed by the second T20I in Thiruvananthapuram on December 8 and the third match is scheduled to be held in Mumbai on December 11.

The two teams will then meet in three ODIs in Chennai (December 15), Visakhapatnam (December 18) and Cuttack (December 22).

West Indies recently beat Afghanistan in the ODI series and Pollard said it will work harder to be more consistent. “You must commend the guys on how they worked in a little period of time for the Afghanistan series. It was incredible and it augurs well for us as we go into the future,” he said.

“Success is boring because you have to do the same thing over and over again to be consistent and this is something the guys are willing to work on.”

Pollard, who was left out of the West Indies team for some time due to differences with the previous Board, said captaincy was something that sprung upon me. “I was playing international cricket for a long period of time. I missed out 3 or 4 years. It is no secret what transpired in terms of my relationship with the board and whatever.

“Like you dream of playing for the West Indies but you don’t dream of captaining West Indies. But something falls into your lap and again it’s a challenge and I don’t want to shy away from challenges,” he added.

Pollard said he can share his experience with the young players in the dressing room.

“And they need the experienced guys also to guide them along so. You know, that’s basically my job. In terms of trying to guide them and set them in the right direction.