West Indies cricket team coach Ottis Gibson has expressed confidence that his players can beat MS Dhoni's men at their own den when they tour India next month. 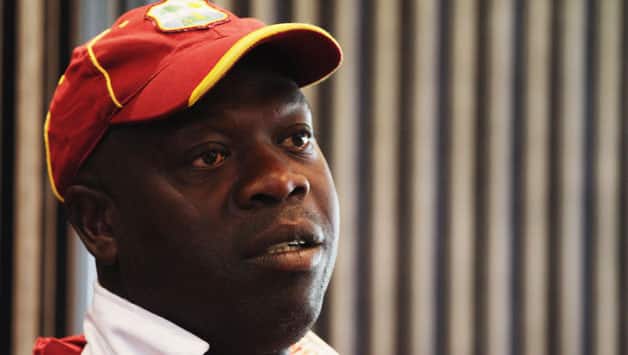 West Indies cricket team coach Ottis Gibson has expressed confidence that his players can beat MS Dhoni‘s men at their own den when they tour India next month.

Gibson said his side has more experienced players than the last time when they had toured India and they should be able to give a much better performance this time around.

“We are not saying we cannot beat India, but we know it is going to be tough. The last time we went to India, we had a couple of inexperienced guys but we put up a good show. So hopefully this time with a bit more experience, we can go one better and win the series. There is no reason why we can’t,” said Gibson.

The Windies have not played a Test match for almost a year now and the team is training hard in a fitness and medical camp in Bridgetown to ensure players stay fit as they will be on the road for a long time.

West Indies will play two Tests and three One-Day Internationals (ODIs) during their tour of India, commencing with the first Test from November 6 in Kolkata. The second Test — Sachin Tendulkar‘s farewell match — will be played in Mumbai at Wankhede Stadium from November 14-18.

Following their India tour, West Indies will be in New Zealand for three Tests, five ODIs and two T20 Internationals.

“Things have been going well; the doctors haven’t reported anything untoward to me as yet, so fingers crossed that everybody is fit to get on the plane,” the coach said.

Gibson noted that the series against India will finally settle the question of where the West Indies stand as far as Test cricket is concerned.

“We have played great in Test cricket, having won the last six, but people have been poking fun at the opposition. This one in India gives us the opportunity to see where we are as a Test side,” he said.

“India are playing some very good one-day cricket at the moment; they have not played Tests in a long time either, so it gives us an opportunity to go out there and test ourselves,” said Gibson.

The West Indies played their last Test series in November last year when they defeated Bangladesh and their other victories were against New Zealand in a home series in August last year.

Asked about the reports that he could be leaving the West Indies to take up the post of the head coach at Glamorgan in England, Gibson said he had not been in contact with anybody in that English County side.

“I suppose when you are doing a good job, every job that comes along is yours. But there is no truth in the rumour. I have not been in contact with anybody from Glamorgan. It is the club that I played for in England, but I have had absolutely no contact with them. I have just signed a new contract with the West Indies Cricket Board (WICB) and I am very happy with where we are,” said Gibson.