Melbourne: The West Indies will consider recalling leg spinner Devendra Bishoo for the second Test against Australia starting on Boxing Day, coach Phil Simmons said Monday. Bishoo claimed two wickets as the tourists again struggled against a Victorian XI with the home side 169 for three in reply to the West Indies 303 for eight declared when rain finished their two-day clash early in Geelong on Sunday. Simmons confirmed the wrist-spinner would be in the mix for the second Test in the three-Test series after an innings and 212-run thrashing in the first match in Hobart. FULL CRICKET SCORECARD: Australia vs West Indies 2015-16, 2nd Test at Melbourne

“He bowled better,” Simmons told reporters. “There was a lot more drive in his deliveries and everything like that. We’ll see what happens over the next three days and we’ll see what the Melbourne Cricket Ground wicket is like, then we can make a decision about the combination we’re going with.” Simmons said Bishoo was fully fit despite speculation over a finger spinning problem. Usman Khawaja smashes BBL ton, boosts Test comeback chances

“He hasn’t bowled enough on this tour to have that issue. The last time he had that issue he bowled quite a few overs in the Test match at Dominica. Nothing like that has come up,” he said. Bishoo has played 15 Tests, with one of his best performances coming against Australia in Dominica earlier this year when the 30-year-old grabbed a haul of six for 80 in Australia’s first innings. The West Indies have Monday off but will be back in the nets on Tuesday ahead of Saturday’s Test in Melbourne. 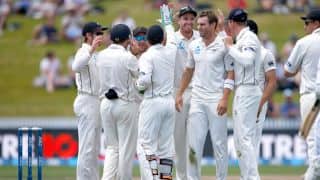 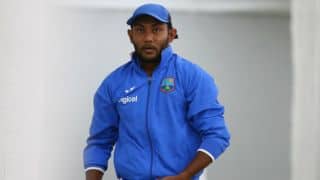