The WICB announced on Friday that Narine’s decision would rule him out of consideration for the three-Test series, starting at Sabina Park, Jamaica June 8. However, in a lengthy official letter to WICB president Dave Cameron, Roberts argued that Narine’s unavailability for the bulk of the ongoing preparation camp should not make him ineligible for selection.

He said while he understood and agreed with the “country first policy”, Narine’s inclusion in no way compromised this principle.

“I put it to you today that allowing Narine to participate in IPL’s final as a West Indian, as a ‘Trinbagonian’, as an ambassador of Caribbean brilliance and then ensuring that he arrives at the West Indian training camp post haste does not, will not, and cannot breach any of the tenets of your ‘country first policy’,” Roberts wrote.

“In fact, this addendum to the policy which may serve Narine today, will serve Chris Gayle, Kieron Pollard, Dwayne Smith, Lendl Simmons, Krishmar Santokie and any other great West Indies cricketer in the future.

“Narine is not on holiday with his family, he is not shopping, and he is not viewing the NBA Play-offs. He is plying his professional trade in what stands as the epitome of international quality cricket in the world today.”

“He is plying that trade not for himself but for the people of the Caribbean who will turn on their TV sets and tune in with 1.3 billion people across the globe to support the West Indian Narine,” said Roberts.

Roberts, a former Olympic swimming coach, said the fact Narine was participating in such a game of the magnitude of the IPL final, was in itself the ultimate preparation.

In fact, he argued that by performing in the IPL final, Narine would perhaps be more mentally prepared for the upcoming Test series than other members of the West Indies squad that were attending the camp.

“Therefore, for us to ask any player to forego the opportunity to grasp greatness to attend the first few days of a training camp is itself in breach of the very policy that it is designed to uphold, for there can be no greater preparation or training, than plying your trade at peak adrenalin, peak emotional levels, peak risk factors, and peak psychological levels.

This addendum to the policy which may serve Narine today, will serve Gayle, Pollard, Smith, Simmons, Santokie and any other great West Indies cricketer in the future

“He will face peak global scrutiny against the peak global performers in a final to be crowned the best in the world. On June 1, Narine will be at his peak performance level.”

He added: “So on the contrary, Narine, by clawing and fighting his way into the final is in fact ahead of the curve as compared to his other West Indies team mates in terms of preparation for the upcoming home series.”

Roberts also contended that by excluding Narine from selection, the WICB were hampering the team’s chances of winning the Test series, noting that without the Trinidadian spinner, the regional side would find it difficult to bowl New Zealand out twice.

“Dear Sir, our beloved West Indies team, training camp or no training camp, Miami Heat or no Miami Heat, LeBron James or no LeBron James, has been unable over the past decade to take twenty wickets in five days on a consistent basis. This in essence is what is needed to win a Test match,” Roberts wrote.

“To achieve this, a globally respected strike bowler is required. Narine fits this bill to a “T” and is now arguably the number one bowler in the world. He is also still regarded as a mystery spinner, who the best in the world have been unable to figure out, even in this age of modern technology and systematic analysis.

“The inclusion of Narine increases the chances of the West Indies team of taking 20 wickets in five days to win a Test match.” 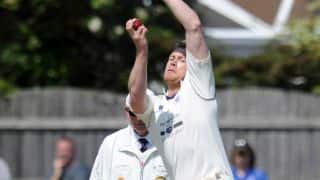