A replacement players is expected to be named soon.

The West Indies Cricket Board (WICB) has confirmed that left-handed batsman Darren Bravo was the only player not to have signed the match/tour contracts ahead of the team’s tour of South Africa, as 14 players out of the 15-member squad agreed to sign on the dotted line.

The WICB said it received all but one of the signatures within their stipulated deadline Tuesday, reports CMC.

“The WICB thanks the players for their timely and positive responses and looks forward to a successful tour of South Africa,” the WICB said in a statement.

“Darren Bravo wrote to Chairman of Selectors Clive Lloyd and requested not to be considered for the Test series due to personal reasons.”

The 25-year-old, the younger brother of One-Day International (ODI) captain Dwayne Bravo, also didn’t play in the Trinidad and Tobago Red Force’s first round match of the WICB Professional League last weekend against Barbados Pride. In fact, he was left out of the squad named for the first two rounds, with selectors claiming the player made himself unavailable since his return from the troubled tour of India

Bravo was a member of the West Indies squad which took the controversial decision to quit the tour of India midway over a contract row with their union, West Indies Players Association (WIPA).

In recent years, Bravo has become a permanent fixture in the Windies top order and averages 43 from 32 Tests with 2,311 runs. However, only last year, he also abruptly left the tour of New Zealand for “personal reasons”. The board said it is looking forward to his return.

“The WICB extends its best wishes to Bravo as he seeks to address his personal matters and looks forward to his return to the game.”

A replacement players is expected to be named soon.

Meanwhile, the players move to sign match tour contracts is a major development, which will now see the three-Test tour of South Africa proceed as planned next month. The contracts were at the centre of the controversial abandoned tour last month, with players contending that the new terms would have resulted in a significant reduction in their earnings.

Following a series of meetings between the WICB, WIPA and the players, it was decided that the contract would go to arbitration.

The West Indies will face South Africa in the first Test at SuperSport Park in Gauteng Dec 17.

The Raman Effect on Fred Trueman! 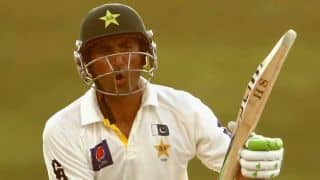