Kieron Pollard and wicketkeeper-batsman Denesh Ramdin have been dropped from the 15-man West Indies squad for next month s ODI tri-series involving Zimbabwe and Sri Lanka in Zimbabwe.

Barbados (West Indies):All-rounder Kieron Pollard and wicketkeeper-batsman Denesh Ramdin have been dropped from the 15-man West Indies squad for next month s ODI tri-series in Zimbabwe. According to ESPNcricinfo, Pollard and Ramdin s axing came following their poor performances in the recently-concluded limited-overs series against Pakistan in the UAE. Pollard scored just 43 runs in the three T20s, and bowled two wicketless overs. In ODIs, he managed mere 42 runs at an average of 14.00 and took just one wicket in the 12 overs he bowled across the three matches. FULL CRICKET SCORECARD: Pakistan vs West Indies, 1st Test match

Meanwhile, Ramdin, who was recalled to the ODI squad, notched up 79 runs at an average of 26.33 in the three ODIs. The Caribbean side have now brought in batsman Shai Hope and all-rounder Rovman Powell as their replacement, which are the only changes in the squad that completed a three-match series whitewash against Pakistan earlier this month. Hope, who has made six Test appearances since May 2015 scoring 171 runs at an average of 15.54, is still uncapped in limited-overs cricket.

In contrast, Powell was named in the T20 squad for the UAE series, but his only match on the tour was the practice T20 game against the Emirates Cricket Board XI where he scored 38 and bowled two overs for 14 runs. The ODI tri-series, which also features Sri Lanka, will kick start from November 16 in Harare.

The West Indies ODI squad for tri-series is as follows: 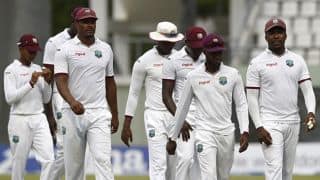 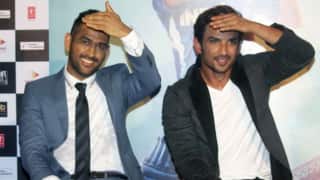