Lara complained of a chest pain during an event in Mumbai and was then rushed to the hospital.

Former West Indies skipper and one of the best batsmen ever graced the game, Brian Lara, was rushed to the hospital in Mumbai, after complaining of chest pain on Tuesday.

A report in The Hindu said that Lara was taken to the Global Hospital in Parel at around 12.30 pm IST and the medical investigations started immediately. The report also added that he was at a nearby hotel for an event and complained of the discomfort.

“West Indies legend Brian Lara has been admitted to Global Hospital in Parel after he complained of chest pain. Hospital to issue a statement shortly,” tweeted ANI.

According to media reports, doctors at the hospital performed angiography of Lara but did not go for angioplasty as they did not see any risk in angiography report.

The cricketer is currently in Mumbai for doing commentary for Star Sports for the ongoing World Cup.

Lara is viewed as the greatest batsman to play for West Indies. He currently holds the record for the highest individual Test match score. He had scored 400 runs against England in 2004.

He also has the highest individual score in first-class cricket as he scored 501 not out for Warwickshire against Durham in 1994. Lara has 11,953 runs to his name in the Test format and 10,405 runs in the ODI format.

(with inputs from ANI) 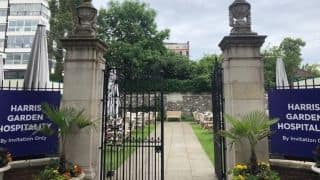