The batting conditions have been getting worse, with the ball swinging fiercely. Although the rains have stayed away, the partly cloudy conditions helped the English pacers keep the West Indians in check.

Anderson stuck in the first hour of play. First, with an away-swinging delivery, he had Roston Chase (3) caught behind. 8 overs later, Jermaine Blackwood (5) faced the same fate.

Shane Dowrich (14) gave his all to win the battle of survival, but he could hang around for 33 deliveries, as Toby Roland-Jones ended his struggle for one last time in this series.

In all, West Indies terribly failed to build vital partnerships and put any pressure on the hosts. Thanks to Hope that West Indies have something to defend. His half-century was the only bright point this morning in an otherwise gloomy batting performance by West Indies. 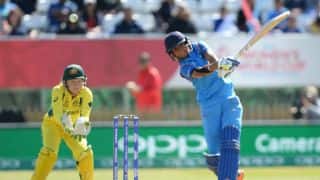