Tall fast-medium bowler Jason Holder is tipped to make a Test debut on his home ground.

Bridgetown: Jun 25, 2014
West Indies and New Zealand head into the decisive final match of their three-Test series at Kensington Oval on Thursday with both teams anticipating a keen contest and the greater likelihood of fast bowlers determining the result. In contrast to the pre-series anticipation of spinners holding sway over the three matches, the home side is now hopeful that there will be greater assistance for the frontline pacers.

This has prompted the visitors to also consider altering the balance of their bowling attack in seeking to repeat the historic victory at the venue in 2002 which ultimately resulted in their only Test series win in the Caribbean so far.

“Hopefully we’ll get a very good surface, one that helps our quick bowlers a little bit more than maybe Trinidad and Jamaica,” said West Indies head coach Ottis Gibson ahead of the match. “Our fast bowlers are bowling fantastically well so hopefully we get a pitch that gives them a little bit of support and they can continue to bowl the way they have been bowling and bowl us to a series win.”

Tall fast-medium bowler Jason Holder is tipped to make a Test debut on his home ground with the expectation that he will replace Shannon Gabriel.  The burly pacer took four wickets in the second Test win but lacked the consistency and effectiveness that was expected of him.

Following a convincing 186-run win with a day to spare on a dry pitch at Sabina Park in the first Test, New Zealand had the tables turned on them emphatically in going under by ten wickets in the second match at Queen’s Park Oval last week.

Debutant spinner Mark Craig was the match-winning hero with eight wickets in Kingston but then struggled in Port of Spain on a track that had more grass on it than usual and held together much better over the final two days than has been the pattern for several years.

However his battling knock of 67 in the second innings should keep him in the side with the pressure on leg-spinner Ish Sodhi to hold on to his place as the tourists seek to bolster their seam attack by adding Neil Wagner or all-rounder Corey Anderson to the final eleven.

There is speculation that both could be included with captain Brendon McCullum promoting himself up the order to open the batting alongside the consistent Tom Latham, as he did in the second innings in Trinidad when regular opener Mark Rutherford was unwell. 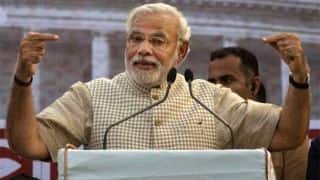